@KKevinW I have some pretty wild dreams, but I have no idea what you are talking about.
Sending a whole page of wikipedia on "logic" proves the coincidence of madness and chessaphilia
"There are more things under heaven and earth, Horatio, than are dreamt of in your philosophy." Hamlet

@hash11011 I have seen some articles suggesting that chess could help with ADHD, but I am more impressed with how many chess players suffer from ADHD. What's that all about?

@KKevinW I know already I passed the early college test at age 11!

@hash11011 has there been any updates on that study? The only results I can find on google are either from 2015 saying how it needs to be tested further with more people or forum posts.

Does this man look sane to you ? 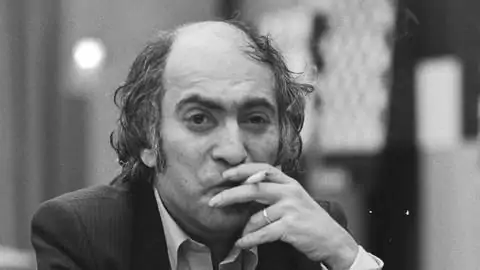 Tal had heavy drinker and smoker... He lived with "full lungs", which ruin his health... Obviously doesn't care of his personal hygiene and look.

i thought tal always had health problems, his entire life??? i assume made significantly worse by 'heavy drinking and smoking' which i wasn't aware of..... anyway, he looks perfectly sane here, actually.

Just in case you haven't seen this one yet ...

@Yoyboi you are 800 rapid and blitz, what college test?