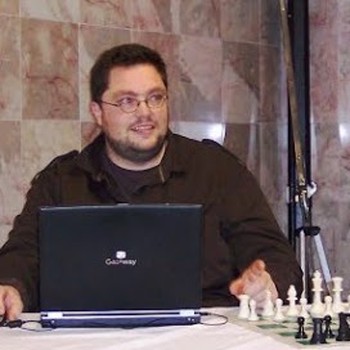 Born in the Netherlands in 1975, moved to the United States to start a chess company in 2003, married in 2005 and sacrificed the life of a full-time chess professional in 2010 so my better half could fulfill her career goal.

Chess coach since 1998. Co-founded Chess Education Partners (now GM Chess Academy) in Chicago in 2003. Until 2010 a full-time chess coach at public and private schools, teaching students and chess teachers of all levels and ages. Organized summer chess camps and scholastic tournaments with up to 800 participants.