wendrup
Nigel is a maestro of chess instruction in addition to being a strong GM.

He is an instructor of vast experience and ability which have made him justifiably one of the very few players in the world to hold FIDE titles of Senior Trainer and of Grandmaster.

I have taken dozens of Zoom lessons with him. Each one has been a delight and in all he has revealed the secrets of the key positional forces that lie, often hidden to us club players, beneath each chess position.

His focus on the underlying meaning of the position, rather than overanalysing every move, has cured my tendency to get into time trouble and resulted in a related improvement in my grade.

For depth of experience and clarity of expression he is a trainer who is one of the World's best.
valleyman1917
Have worked with Nigel's material for over 3 years now and always find it to be engaging and entertaining. His calm approach has helped me to understand that plans are much easier to remember than variations! Highly recommend.
Snow_Lion
Historical figure and all around lovely human being!!
oldspeckledhen
I can add to the list of recommendations for Nigel as a really excellent chess coach.

Lessons are easy to arrange, always start on time, are well-planned, and the follow up PGN files arrive right after the lesson finishes.

During the lessons, Nigel always asks insightful questions and always seems a step ahead in knowing exactly the right questions to ask.

It took me some time to commit to the “Tiger approach” based on solid openings, but I can now say I wish I had committed to this far earlier as I would have saved a lot of time, energy and money over the past few years.

I now feel I have a settled and professional opening repertoire for the first time as a player (I have been playing over 30 years and am rated about 1900) and understand much better what I am doing - and I can now turn my attention to the more important task of improving my endgame play.
NM vdrkulec
I was a long time subscriber to Tiger Chess where GM Nigel Davies provided lessons which were thoughtful and ideal for teaching people. I learned from watching his videos on chessbase as well. I probably have every video that he has done in recent years as well as every book and I follow his posts on social media. I am also the long time president of the Chess Federation of Canada for the last seven and a half years and the workload for this volunteer position is one reason that I had to stop subscribing for now. If they would just nominate someone who I would be comfortable turning my baby the CFC over to, I would probably sign up again in a heartbeat. When I do a weeks work(40 hours) in two days I sometimes think that I need to find that person. As a bonus Nigel often writes about his martial arts studies, and his approach to mastering academic disciplines like programming and even table tennis. He is a thoughtful, thinking person who everyone can learn from. I can't say enough good things about him.
Vladimir Drkulec, President, Chess Federation of Canada, FIDE instructor, National Arbiter, National Master (Canada and the U.S.), chess organizer
Indomniac
I have had many lessons with GM Nigel Davies.
As well as being calm, knowledgeable, patient and great at explaining the why, he also has a good sense of humour.
The hour lessons I have had seem to fly by.
My play has vastly improved and it’s not just a memory game now as I understand my middle game plans.
I would highly recommend a lesson with GM Nigel Davies.
HerbertChapman
I have had 29 lessons with Nigel and am a subscriber to his Tigerchess website since 2017. I would have taken more recently but due to the pandemic and the fluid situation I am unable to commit to as many times in advance as I used to.

I’ve really enjoyed working with Nigel and the lessons have been mainly focused on analysing my own tournament games but 5 of them were focused on openings. Nigel annotates PGNs live during our sessions and sends them through.

I am pleased with the work we have done, even if my rating doesn’t shoot up, one tangible has allowed me to establish a narrower low maintenance repertoire but with reputable openings. Without the millstone of preparation, this has meant I have been able to play 50-70 games per year whilst a student as opposed to 25-30 games previously and having to prepare extensively stressing frantically about my opponents offbeat four pawns king’s Indian line etc. before a game.

I am rated about 160 ECF (1900). I previously fluctuated between 146 and 161 but have stabilised above 160 now, I think Nigel’s approach has ironed out some of the inconsistencies in my performance.

There is an emphasis on classical opening, strategies and correct play so if your modus operandi is to play the Hippo, Polar Bear or Bird or similar, get a worse position and then sneak a swindle through your opponent’s confusion or lack of theory then Nigel probably isn’t the one for you. Likewise if you are seeking to win by having memorised a bigger telephone directory in the Najdorf poisoned pawn. 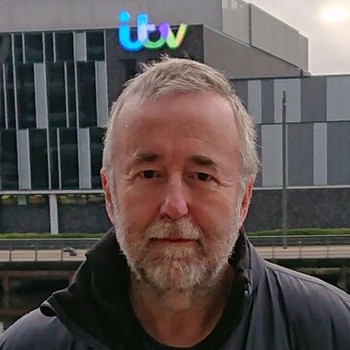 Thanks for visiting my Lichess coach page.

I'm an International Grandmaster born in 1960, who lives near St. Helens in the UK and represents Wales. My profile picture has me standing next to a canal at Salford Quays with the ITV offices on the other side. THIS is where they make the famous and long running UK soap opera, 'Coronation Street'!

These days I work as a full time chess coach and author, teaching out of my tigerchess.com web site which has hundreds of hours of online video to supplement private lessons. I have had 18 books published and made 46 DVDs.

I do still play in tournaments when I can, but in recent years I have not had the time. Some notable results are as follows:

I am a FIDE Senior Trainer as well as being a GM. I have been teaching chess for 35 years to all levels.

In the late 1980s and early 1990s I worked with several future stars; Matthew Sadler went on to become a GM and British Champion and both Darshan Kumaran and Ronen Har-Zvi were won the World U16 Championship (1991 and 1992 respectively) and became GMs. I was also Gad Rechlis's second during his excellent performance in the 1990 Manila Interzonal and was in Jon Speelman's team during his 1988 victory over Nigel Short.

From the mid 1990s I worked mainly with club players, starting out by offering a game assessment and lessons before offering a correspondence course which was subsequently published by Batsford as 'The Power Chess Program'. In 2014 I moved my teaching syllabus online and in video form (tigerchess.com).

I am also a chess parent, teaching my son and taking him to tournaments since 2010. He has maintained his love of the game into adulthood and is continuing to make great progress.

Besides chess I have a keen interest in tai chi and qigong, usually practicing for one to two hours every day. Although I took up these arts for health and relaxation, in 2016 I became an official TCUGB instructor and then taught a class in a leisure center for several years. I will teach more if the opportunity arises, though the main problem is in finding students who will practice consistently enough to improve.

In 2020 I gained a first class BSc (Hons) degree in Computing, my third year project being entitled 'Predicting Success in Competitive Chess' by using patterns in FIDE rating data. The data indicated that young players need to maintain a strong interest in chess throughout adolescence to make real progress which means they need to enjoy the experience! I have a general interest in artificial intelligence and the potential it has for challenging traditional assumptions.

As a hobby I am also a keen table tennis player, but only good enough to get into the lower divisions of the local league. Still, this is something I really love doing, and the perspective it offers helps me better understand chess players who want to improve.

The main reason to take lessons with me is that I have extensive experience as both a player and a teacher; I know what skills are required and can clearly communicate how to go about putting them in place.

Teaching positional play and planning is my main strength, not least because it is rare to find these topics taught effectively elsewhere. I am also good at diagnosing strengths and weaknesses and if asked I will also try to provide a realistic assessment of the kind of improvement someone can expect to make and what sort of work/time scale will be needed to do it.

Although lessons with me might seem expensive they are less than many other GMs who are not also experienced trainers. I have also prepared an extensive syllabus of video material and pgn files that can be used to supplement private lessons or on a stand alone basis. Many of my students take a lesson every month or two, using my guidance but working mainly on their own.

Lessons can be booked at tigerchess.com/lessons-with-nigel/ and are conducted via Zoom screen sharing; after each lesson you will receive a pgn file of the material covered.

I try to steer students towards an understanding and plan based approach rather than them trying to use memory; I see this as being particularly important with regard to opening selection, plan based openings can help foster a player's positional understanding. Ideally I will work with someone over a period of years, I have a number of long standing students who continue to develop their game with my guidance. I have also had people come to me for a single lesson and an improvement plan.

You can expect a strong focus on core skills such as tactics, strategy and endgame technique. There is an expectation that students will need to practice if they want to improve, I use external resources (eg lichess.org/training) together with the material I have at tigerchess.com.