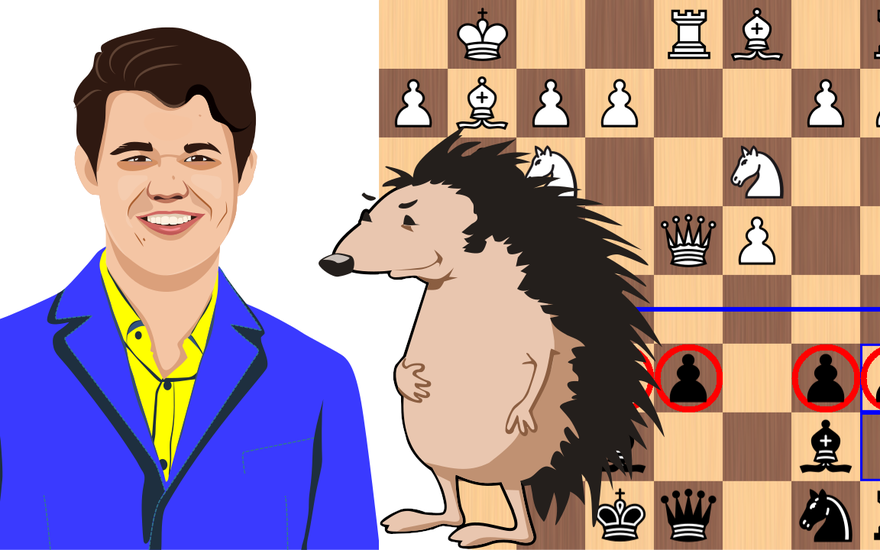 Magnus Carlsen and the Hostile Hedgehog

NM Chess-NetworkOct 17, 202118,279 views
ChessAnalysisOpeningStrategyChess Personalities
Magnus Carlsen scores his 1st win ever against Vladimir Kramnik with the Hedgehog Defense at the 2008 Corus tournament

Featured is my video review of the game between Vladimir Kramnik and Magnus Carlsen from the 2008 Corus Group A tournament. From an English Opening, we arrive at the prickly Hedgehog structure on move 9. The Hedgehog system is denoted by having black pawns on a6, b6, d6, & e6. It's a solid formation of pawns that typically have two key queenside breaks in mind, namely d5 and b5. In this game however, Carlsen demonstrates how black can play without either queenside break, and instead play aggressively with the pawns on the kingside. The plan Carlsen undertakes is extremely rare, and sparked by the location of Kramnik's knights and queen. Carlsen's 18th is one I like to describe as a "don't try this at home" type of move because of its weakening and committal nature; moves like this are best only played by the hand of a world class player.

This model game from 1981 demonstrates black's typical queenside play, with both pawn breaks (b5/d5) appearing back to back.

In the video, and below it, I have highlighted 3 positions from the featured game between Vladimir Kramnik and Magnus Carlsen.
https://www.youtube.com/watch?v=ok6TWXxjbAc

Question 1 of 3: What is Carlsen's reply?

Hint: It's typical to welcome exchanges when one has less space like black currently experiences, but this game is far from typical.
https://lichess.org/study/zzfAagGG/z8ze80qJ#25

Question 2 of 3: What is the "don't try this at home" move that Carlsen plays next?

Question 3 of 3: In the current position, what is the weakest square?

Tale of the tape | Vladimir Kramnik vs Magnus Carlsen

The moment Kramnik won a pawn, the engine said he was down a pawn! In this blunderless game, it was Kramnik's queenside play with the queen alone that set him down a slippery slope that's hard to recover from. Instead of 28. Qa4, the engine suggests h4 to question the bishop. If gxh was the reply to 28. h4, then black would have conceded important control over the weakest square f3. If Bh6 was the reply to 28. h4, then white could follow with Ned3 where it supports a c5 pawn break. At the end of these 2 aforementioned lines, the evaluation is approximately +1.

I thank you in advance for any likes and/or follows you may give. If you have any questions or comments about the featured game between Kramnik and Carlsen, I would prefer they be directed to the video's comments section on YouTube. If you subscribe on YouTube AND click the bell icon's "All" option, you will receive an email notification when I upload a video. 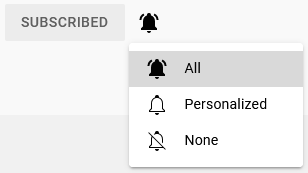 I hope you have, in some way, benefited from this post. Thank you for taking the time to read.
Be well... -Jerry 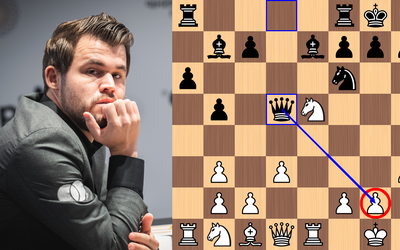 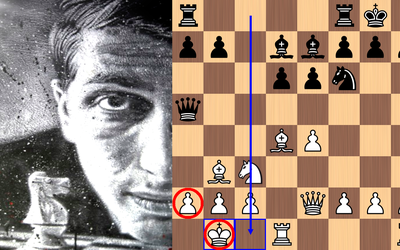 Fischer scores a 2nd win in under 20 moves at the 1967 Skopje Tournament with the Fischer-Sozin Atta…Oct 6, 2021
Reconnecting