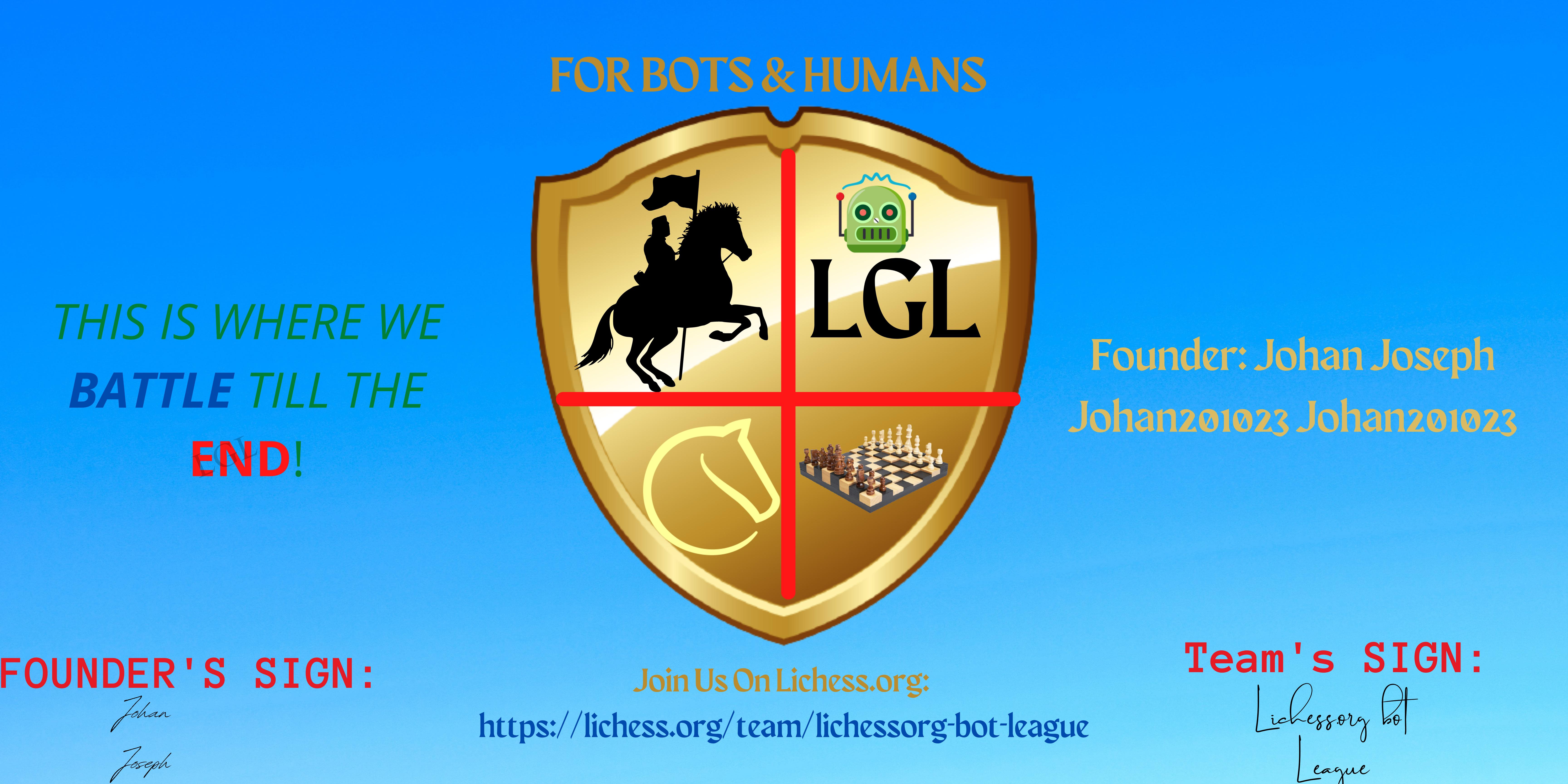 Bot League Club
VERY HARD BOTS TOURNAMENTS
If you would like to join tournaments bullet, blitz, rapid, classical on swiss and arenas:https://lichess.org/team/time-control-tournaments

Rate the support members: https://lichess.org/forum/team-lichessorg-bot-league/rate-forum
For Support: lichess.org/inbox/LGL_Leaders
Team founder: Johan201023
The team found date: 25-02-2021
Official Account Of League: LGL_Leaders
Note: Official Account of the league is only used by TEAM LEADERS OF THIS TEAM

We also list the winners in the description! -
MAKE SURE TO CHECK THE WINNERS OF OUR TOURNAMENTS AND LEAGUES. https://lichess.org/forum/team-lichessorg-bot-league/winners-list--bots--humans-

NOTE: bots who are not playing their games or bots who are inactive more than 2 days then they will be kicked out.

hello everyone, welcome to the lichess.org bot league! so this is a team where we do a league of bots.

there will be no teams, it is individual, but we may start a league with teams too!

so this is how it works.

the pairings will be given in a forum.

and you should play with the person which you have to play with. then you have to send the results on a forum which we create for it.

let's make this a successful thing!

that's all and all people are allowed on this team to view the results, pairings. and for future tournaments like this with bots for people v.s. bots

i know that bots cannot post on forums so to post the forums pls don't message me about it.

second thing:
pls only play only one game. for one round.