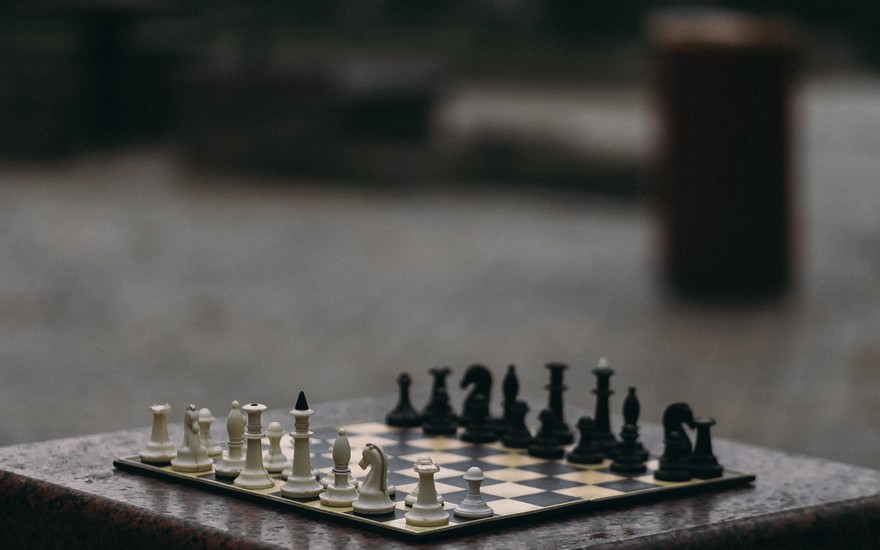 This has become my standard greeting here. I have given up on asking “Do you speak English?” - because frankly the answer is always "yes", and the question just seems to offend people. That’s just the way it is in the Netherlands. Especially in a city like Utrecht - the greatest city in the world.

The man (who did speak English) pointed me to the back of the room and told me to speak to a guy who was in the middle of a game. I didn’t want to interrupt him, but I did as I was told.

I walked through the tables and felt a mixture of excitement and anxiety. I was in a room full of people playing chess! I could probably speak to these people about things like pawn structure and the Caro-Kann and nobody would fall asleep.

The guy I'd been sent to - who seemed to be in charge - stopped his game and picked up a clipboard. He asked my name and if I wanted to play a fast or a slow game. I panicked and said a slow game. Then I quickly changed my mind, remembering I only had an hour. So I retracted my answer and instead started to explain that I wasn’t here to play chess at all, but to get some information in the short time that my son was napping at home. He said that was fine, I could get my information whilst I played. And just like that, as if I had no say in the matter, I was ushered into an old wooden chair in front of an old wooden chess board behind which smiled an old Dutch pensioner. He shook my hand, played 1.e4 and asked if I had played chess before. Another guy, maybe a bit older than me came over shortly after I had played 1... c6 to hit my clock for me. “Don’t forget the clock!”, he said. And then he started telling me all about the chess scene in Utrecht.

So what is the chess scene here like? Good question. I have no idea. Because I wasn’t listening. I was 7 moves into my first ever non-consensual OTB game and I was having a small panic attack. It was G25 and I’m thinking I need to either win or lose this quickly because my son is going to wake up and I don’t think I can leave in the middle of a game. So I’m trying to play normal moves and keep up a conversation. At some point I started talking about my farm, I think - but I’m not entirely sure what I said. Eventually, the guy speaking to me asked if I wanted a drink and I said "I’d like a water" and he left to fetch it. Finally, I could focus on a game that I had somehow managed not to lose yet. I sunk into the position, forced a queen trade (which made my elderly opponent sigh) and got to play my favourite type of boring, dry endgame position. It was great. My opponent blundered. I think I would have spotted it, but it helped that he announced his blunder out loud as he made it. It lost a knight to a simple bishop fork. I played the move, he resigned and I got my water. I never asked my opponent's rating. But he was very nice.

I was happy I had gotten to play a game. It only lasted 10 minutes. I still had no "He's awake!" text. Things were looking good. I got up and spoke to some people, and I got some actual practical information that my brain managed to retain this time. Namely, that I could come to the same building on Tuesday and Wednesday nights. On Wednesday there was a summer classical tournament on. So I made a mental note of that and wondered if I might get to play my first ever rated OTB game before I left the city in a few weeks time.

A little while later someone offered me another game. I said I might have to leave in the middle, but he didn’t mind. He said it was just casual and if I had to go, I could go. So I sat down again to play another G25. This time a few people, including my previous opponent and the water guy, had come to watch. And then I was asked the question: "What is your rating?". I said it was around 1700 Lichess. A bit less for rapid, a bit more for classical. My opponent told me his rating was also 1700. FIDE. I was actually quite relieved. The pressure seemed to melt away, I was going to lose and anything else was a bonus. I might even get to learn something I thought. And so we played. I was black again. 1.d4 1...e6 and off we went. It was a socially disastrous and brilliant game.

My opponent blundered a full minor piece on move 12 or something. I actually felt a bit bad capturing it, particularly as we had a bit of an audience. And then, to make matters worse, my opponent - seeing their blundered piece taken - had a flustered and slightly shocked reaction and proceeded to make their next move instantly. I’m guessing the idea was to create the illusion that the blundered piece was some kind of sacrifice. The problem was that the instant blunder response seemed to hang their queen to a one-move tactic. I thought for a while. And I felt terrible.

I realised recently that online, I always have a sort of mental image of my opponent sitting somewhere in the world. When I am winning, they are always wearing a little half smile and casually eating popcorn out of a bowl. And I just know that they are sitting there waiting for me to blow my advantage like they're watching a funny film at the cinema. Over the board, with my opponent across from me, I felt the opposite. I drew confidence from seeing their reaction. There was suddenly a new element to chess I had never experienced. One you can literally smell. I saw the hint of anger, lashing out. And when you don’t see those emotions in your opponent, the lash-out sacrifices can be much scarier. Because your brain creates a persona behind that move - at least mine does. It’s that image of a calculated individual who hasn’t thrown in Bxh6 out of frustration, but for a concrete and calculated attack against my king that I should be scared of.

So back to my second OTB game. My opponent has just seemingly hung their queen, immediately after hanging a knight, and I don’t feel afraid that it’s a clever sacrifice. I just know it isn’t. At this point, half the building is looming over my shoulders watching and waiting for the ‘new guy’ to make his move. My opponent is visibly embarrassed, and here I am not only having to play a game of chess, but also battle with human emotions. Stupid empathy, putting me off. I never felt bad for my opponent sitting in front of my laptop. And yet I found myself thinking, "Do I play the move quickly? Has he noticed yet? Should I wait a bit, make it seem like it wasn’t that obvious?". It was awful. In the end I played my move after about 2 minutes - the amount of time it took me to weigh the morality of the situation more than to check if the knight and queen ‘sacrifice’ was some kind of trick. I then had the horrible experience of the player in question not resigning. Maybe it was because he knew my online rating. Maybe he was trying to save face. I have no idea. He did eventually resign about 15 moves later when I had a mate in 2 on the board.

After that, I had a drink and another anxiety attack. I hoped I hadn't socially ostracised myself by beating this guy. I secretly wondered if people thought I had lied about my online rating to trick my opponent into a false sense of security. No one seemed to care too much though and I relaxed a bit. It was, after all, just a casual rapid game. I spoke to some people. I drank my drink and, eventually I got the text to say my time was up. My son, who had blissfully slept much longer than usual, was awake.

When I got home, I recounted my experiences to my partner. In some ways, this experience was an ultimatum for me. My issues with chess and happiness have been quite tricky. And I hoped that OTB chess might help me in this regard. And... it did. I described my actual play during these two rapid games as free from pressure, adrenaline and stress. I said I felt so relaxed that I almost felt I could be creative in my chess. I recounted to her that I had actually enjoyed the experience of playing chess as a game, not as a form of psychological torture. The emotion and the stress that I felt was largely non-existent in comparison to my online chess experiences. It was almost as if I had found love through chess without any of the emotional downsides. I actually felt creatively free without the crippling pressure and nervousness I feel in my online rapid or classical training games. I even considered that I might be capable of playing better chess under these conditions. So she suggested I switch all my online rapid games to unrated casual games. And I immediately said no. No way. To which she responded:

“This makes no sense to me - you’ve found a way to enjoy chess and you’re not willing to even consider continuing that?”

"Correct", I said. "I can’t just play casual games and be happy forever. That is ridiculous." How could casual online games ever prepare me for non-casual rated OTB games? Because let's face it, eventually OTB chess will become terrifying as well, as I will slowly gain a new imaginary number to which I can attach my entire sense of self-worth. So I ignored her advice and I’m still playing rated online games and I’m still suffering, in fact I’m suffering much more so than usual as I find myself amidst what might be my first ever rating slump. But I do plan to go back to the happy chess building again and play joyful, pressure-free, ‘real-life' 3D chess again. And maybe I’ll take that feeling into my online games too, whether they're rated or not. For now I seem to be clinging tightly to my chess misery. But perhaps there is hope for me dear readers. Perhaps there is hope for me yet.

Let’s see how things go in my first rated OTB game. I’m curious to see if I feel as carefree as I did in my first ever OTB games, or if it was just beginner's luck.

If you follow me on Twitter you will know that I did play my first rated OTB game and you'll know exactly how it went! That article is a work in progress along with about fifty other projects. You can also follow me on Lichess to get notified when I publish something new.

Please consider supporting the blog as a Patreon Supporter. 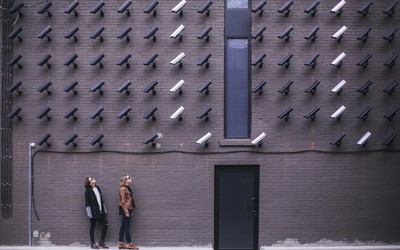 At university I studied petroleum geology. Over the course of those four years of study, I developed…Sep 25, 2022 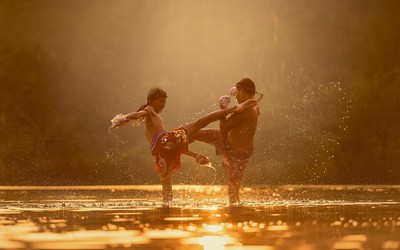 “What is that?” he said wide-eyed, pointing up toward where the last shelf and the roof met.Sep 18, 2022 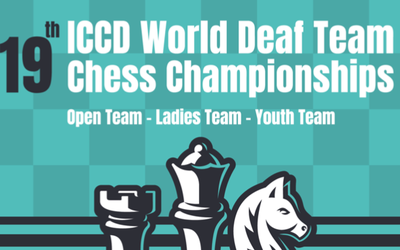 Have You Heard About Deaf Chess?

Hey everyone, this is a piece I was commissioned to write to promote the World Deaf Chess Team Champ…Aug 20, 2022 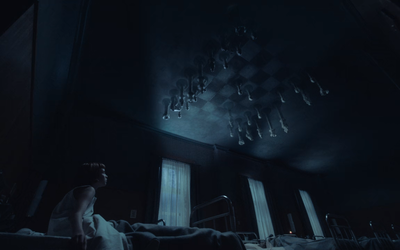 When I first started studying chess, I was completely overwhelmed. In particular, I struggled to und…Jul 23, 2022
Reconnecting