Most stupid chess scene in cinema?

Have you noticed that every time a chess scene appears in a movie the scene is always the same: a guy makes a move with a sly look and announces relentless "checkmate!" ... how stupid is the cinema?

Yes, that is indeed something weird. They get it wrong all the time, in movies worth millions of dollars. Board is placed wrong, pieces are placed wrong, or the actors behave weird, like, never focusing the board, or touching and moving the pieces like chess beginners (which they are).

The only realistic chess scenes i have seen are those in Kubrick movies, because that dude was himself a passionate hobby player. 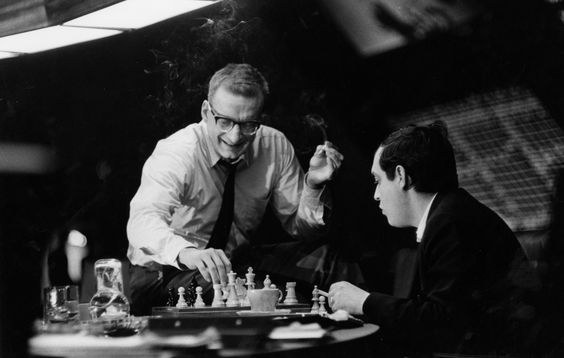 You should seen Holmes and Watson XD, the chess in that is dreadful.

Actually the film was bad, so maybe it's best if you don't watch it!!

It's a classic case of "nobody will notice". This happens for almost everything: car engine sounds not matching the car on screen, gun "silencers" (they're suppressors ffs, and the reduce the sound, not remove it). By extension, people having conversations at normal volume immediately after a full-on gunfight (their ears would be ringing like mad I would think!!) etc etc. There is a lot "wrong" with movies.