Lichess would like to announce a new feature, Team Battles! 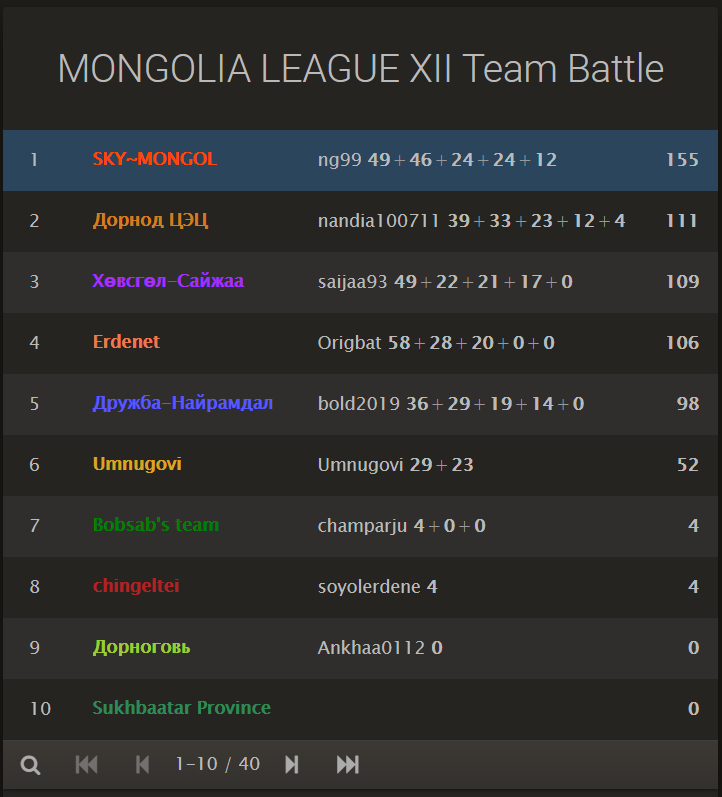 These are essentially arena tournaments for teams. All the standard arena rules apply: berserking, streaks, arena-style pairings. (lichess.org/tournament/help?system=arena) The one difference is that scoring is done by team and you cannot be paired with teammates. Only the top scores count, so that lower rated players won't worry about hurting their team. (The exact number that count is customize-able)

Team battles can be created by team leader from the team page. Just click the "team battle" button and you will be prompted for tournament details: 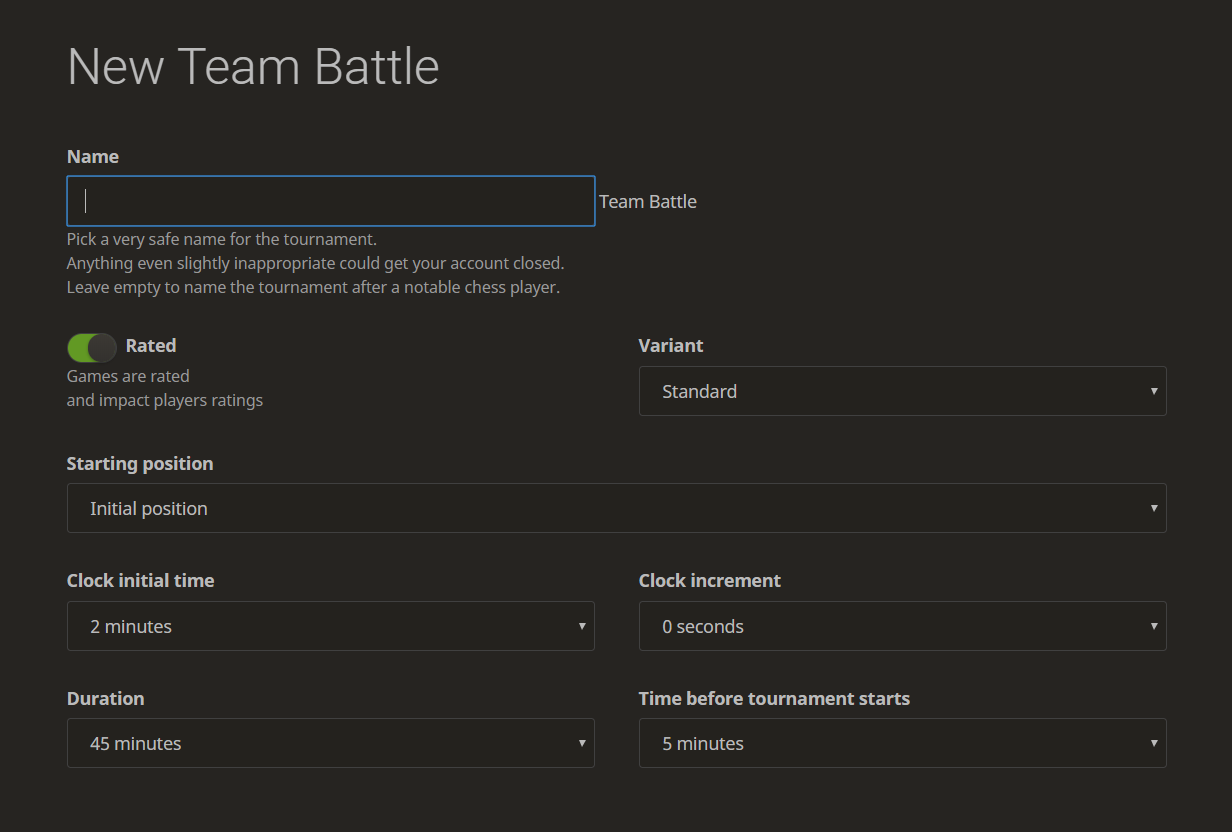 Then, a second page will ask you for the other participating teams. 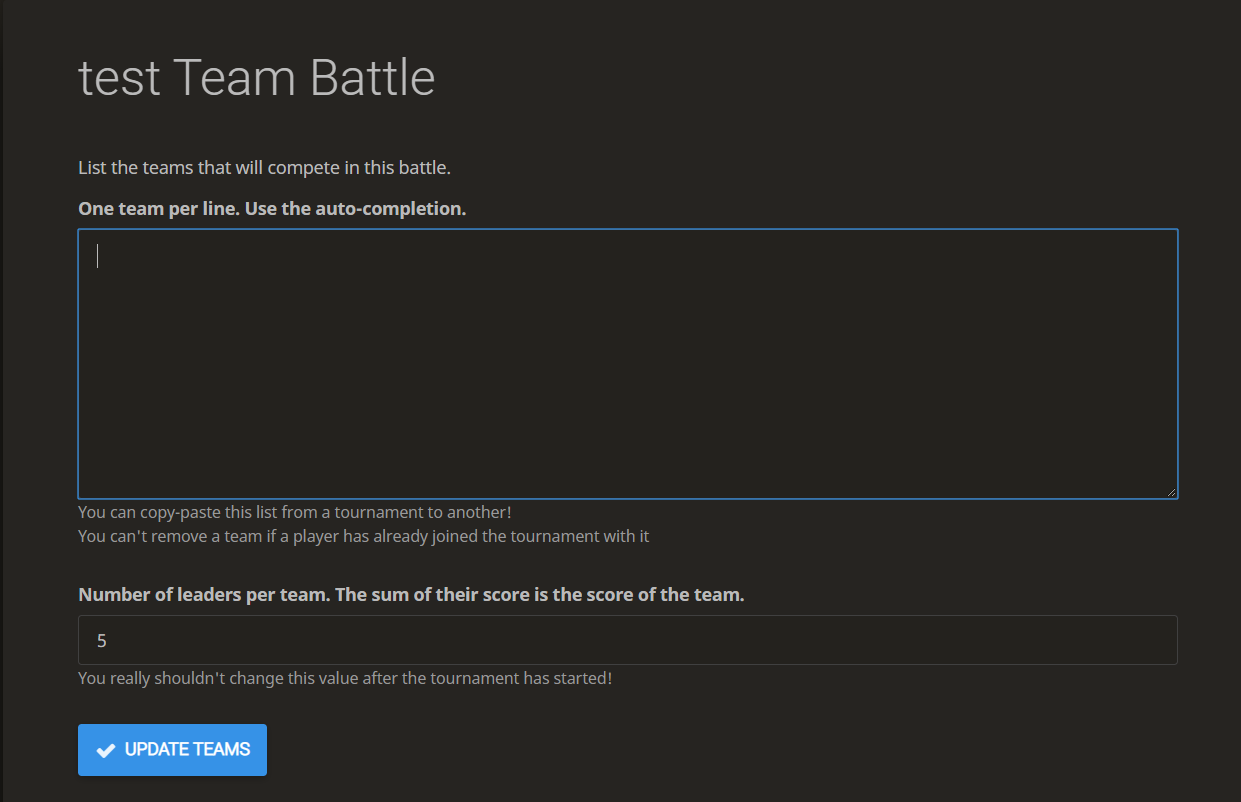 Yes, I would like to join Agadmators Team if/when put together.

Im Looking for a team that does 5+3 games

I want to join agadmators team if possible. Not sure how tho

I want to join agadmator's team.