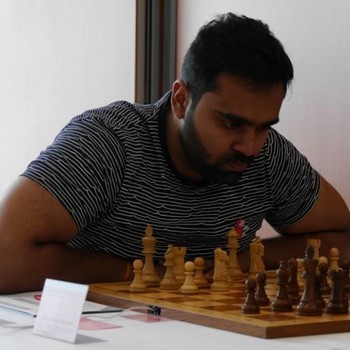 I am a 24-year-old IM originally from France and am currently studying for a Master's Degree in Cybersecurity in the United States.

In 2015, I began giving group and individual classes in both France and the United States for children and adults. I worked in a chess club in France called La Tour des Clayes where I instructed in a summer camp training course and prepared my students for specific tournaments.
I taught at Los Cuates Middle School in the United States and was a chess instructor at The University of Texas - Rio Grande Valley.

I quickly adapt to the level and needs of my students and am able to spot their weaknesses. I make sure that the students understand what I am teaching so that they are able to apply them during their games. I also encourage participation by involving my students as much as possible during class so that they can actively learn. I remain reachable for students who need help during their chess tournaments.

I begin by analyzing my student's most recent games or play a few games with them to assess their weaknesses. I, then, work with my student on their weaknesses with some personalized material I typically prepare before the class. Additionally, I give homework to students who are willing to take the extra step to further improve their skills. I am also ready to teach a specific topic that my student wants to work on such as creating an opening repertoire, middlegames, and endgames.
Reconnecting