Ragnarok0406
Good
Player_Of_The_Year
Great and super!
BrainGuy
Pouya is the most hard-working coach I have ever had in my time playing chess. He dissects your weaknesses and then seeks to target them. When he says he is an opening specialist he is not joking and he is able to provide preparation at the highest level even over-hauling your repertoire and creating a new one from scratch. This is not where it stops, whenever I request any material if he does not have it he will find it! and he is available at almost any time of the day to help. it also helps that the classes are enjoyable! It does not stop there as the coaching is hollistic as in a recent tournament I played he helped perfectly with my psychological preparation over the course of the tournament. Overall I would rate the coaching experience as phenomenal
Bhavya0001
Nice Coach 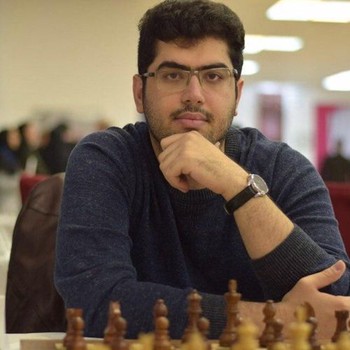 Chess is like body-building. If you train every day, you stay in top shape. It is the same with your brain - chess is a matter of daily training. “ Vladimir Kramnik“

I am Pouya Idani, 2614 FIDE rated Grand Master from Iran.I was born on September 1995. Standing as the world champion U18 is the proudest moment of my chess career so far.
I've been a member of Iran's national team since 2012.
I have studied Pharmacy at Shahid Beheshti University, but my focus was clearly on chess.
I am a versatile opening specialist! I know exactly how to become a GM or other titled player in a scheduled short time. feel free to fill me in with any questions or comments in: www.facebook.com/pouya.idani , Idanip@yahoo.com , Skype id: Pouya.idani

In the previous 7 years I devoted myself to chess coaching and I am delighted with the amazing results of my students in World cup, Women's World cup, Tata Steel etc. I've always tried to expand my student base for those who are looking to improve their opening game.😊

My knowledge is my strength in every part of the game specially in opening preparation.

I take into consideration what is necessary for my students. Making repertoires and analyzing their games. I make short-time, and long-time schedule which put them on the right direction. I also put some useful files at their disposal.
In fact, I teach them what they need, not always what they want.
I give thought to the study of current top-level games (calculation, openings)
Reconnecting