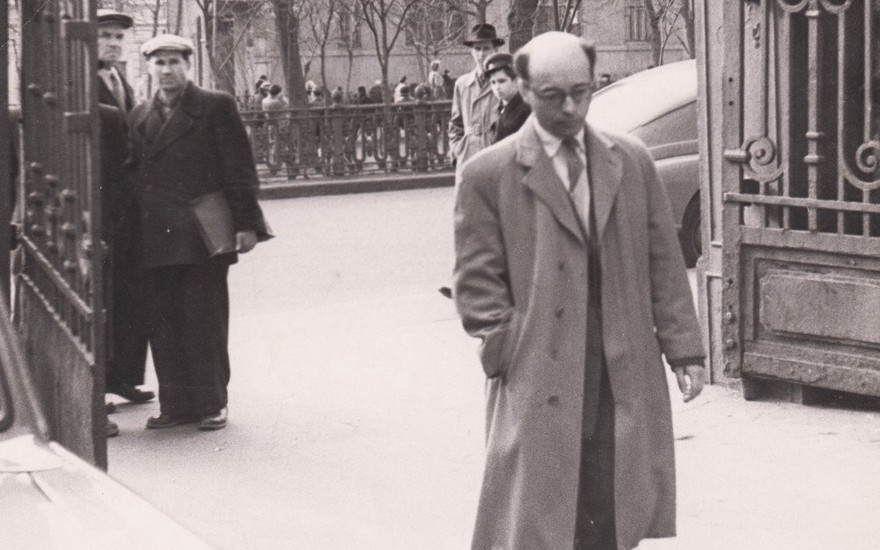 David Bronstein. Photo from the gpntb.ru archive, via Douglas Griffin on Twitter.

Queenless in the Sämisch KID

Recently, our local chess café organized a thematic blitz tournament, from the starting position of the Sämisch variation in the King's Indian Defense. I thought this would be a nice opportunity to experience the white side of this line, as I usually go down the main lines in the KID. Moreover, I thought I could also practice an alternative to my usual Panno setup with black.

Current consensus among top players (and engines) seems to be that the 6...c5 lines offer black the best chances in the Sämisch, since accepting the gambit pawn leads to positions with ferocious counterplay for black, while closing the center leads to a slightly tamer version of the Benoni. In an effort to find something less theoretical, I went down the 6...e5 lines instead, looking for inspiration in some good old Kasparov demolition jobs.

At some point, I bumped into an old Bronstein game, featuring a wild queen sacrifice for two bishops. It doesn't take a lot to convince me to play a position with imbalanced material, especially if it has David Bronstein's name attached to it! I promptly stopped looking at anything else and proceeded to study this line only. In this article, I'll demonstrate some of the games that piqued my interest, with some commentary, in an effort to arrive to the variation's current theoretical status at the end.

This variation was introduced on a high stage: the Candidates Tournament held in Amsterdam in 1956. Bronstein had qualified by winning the 1955 Gothenburg Interzonal. Spassky had been recently crowned the World Junior Champion, and by qualifying to the Candidates Tournament he had just earned his Grandmaster title. The winner of the tournament was Vasily Smyslov, who went on to defeat Mikhail Botvinnik and become the 7th World Chess Champion, only to lose his title in the subsequent rematch a year later. In this game, both players came looking for a fight:

Bronstein commented that despite losing that game, he considered the sacrifice to be correct. Surprisingly, his only other known game in the line was in a simultaneous exhibition almost 40 years later! In his 1992 match against the computer program Deep Thought, Bronstein reached the position after 9.g3 twice, but both times he preferred 9...Qe7 instead of 9...Nxg3.

Despite initial admiration for Bronstein's brave concept in the chess press, interest in the variation remained muted. According to my database, the first player to imitate Bronstein's concept was a Belgian, Jozef Martin Boey, in the Moscow Olympiad of 1956, only a few months after Spassky - Bronstein. He even managed to score the line's first point, but the game was hardly an advertisement for the black side:

A year later, Leonard Barden secured an easy draw in the annual Hastings tournament, demonstrating a new idea against Spassky's setup. Barden was one of the best British players at the time and in that tournament he finished 4th behind Keres, Gligoric and Filip. Nowadays he is still a prolific chess journalist, and he has been writing a weekly chess column in the Guardian for the past 65 years!

The idea resurfaced in an obscure game played in Belgrade in 1962, featuring one of the greatest King's Indian Defense players ever, with either color: Svetozar Gligoric. This time, however, he was actually lucky to win the game:

After these few early tries, the variation remained under a cloud for more than a decade, with hardly any games appearing on most databases available to me. Finally, in 1976, one of the greatest attacking minds the chess world has ever seen, Dragoljub Velimirovic, unearthed the dusty old line and decided to use it against none other than the reigning world champion, Anatoly Karpov. To say that the variation was dealt a heavy blow might be an understatement:

Heroes of the line

After that shocking Karpov game, few players took the line very seriously. A quick glance at the database reveals that many people have tried it throughout the years, but most of them as an one-off, mainly against lower-rated opponents. To survive, the line needed heroes to take its banner. People who would believe in it and play it consistently. In my database search I found that some players ventured Bronstein's variation in more than four serious games each. This is where I decided to look for answers regarding the variation's playability, and here I'll present one game from each on of those players: 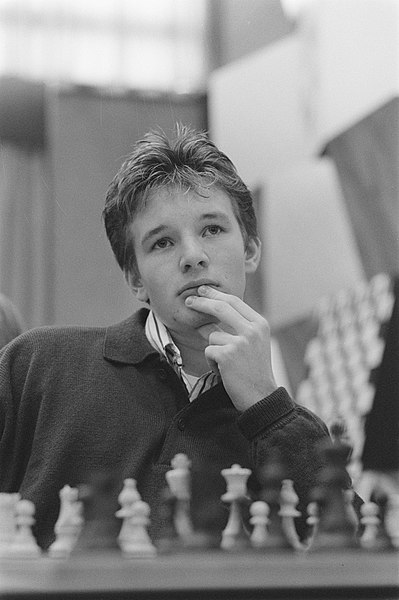 The Dutch Jeroen Piket was one of the great chess prodigies of the last century, before chess prodigies became commonplace! Born in 1969, he became an IM at the age of 17 and a GM at the age of 20. During the 90's he was certainly one of the world's best players, winning several strong tournaments and counting Garry Kasparov, Vishy Anand and Vladimir Kramnik among his victims! Somewhat surprisingly, at the turn of the century he decided he was done with chess, and launched a successful career in Finance and Accounting. I found four really nice Piket games in this line, where he scored two wins and two draws against very decent players. In the following game, he tackles Karpov's treatment of the line, as it was administered by a strong Soviet GM:

Yasser Seirawan needs no introduction, I hope. Not only has he been a four-time US Champion and World Junior Champion, but nowadays he is famous for being one of the most entertaining chess commentators around. Unlike the other players in the list, Seirawan only played this variation once. However, I decided to include him because he had the guts to play the line against Gary Kasparov himself, at the Barcelona World Cup in 1989! This game, along with Spassky - Bronstein and Karpov - Velimirovic are definitely the three most high-profile games to feature Bronstein's sacrifice. 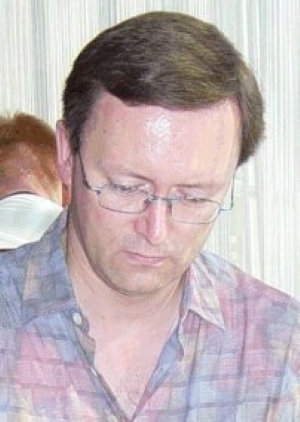 Norbert Heck is a German FM, born in 1960, whose rating peaked around 2350. He played the variation 4 times according to my database, scoring 2 wins, a draw and a loss. It is interesting to see how he counterattacks against his opponents queenside play in the following game, a showcase for the power of three pieces against the queen. 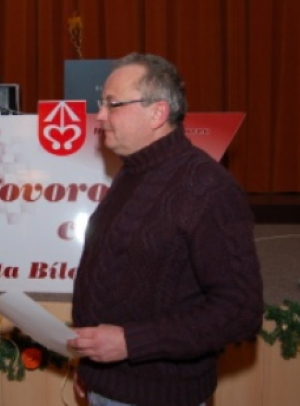 Josef Mudrak is a Czech FM, also born in 1960, whose rating peaked around 2390. He played this variation four times in my database, scoring two wins and two losses against opposition with equal or lower rating. I included one of his losses, mainly because it answered one of my questions about the Karpov plan, and it also featured lots of interesting ideas to have in mind when playing the line. 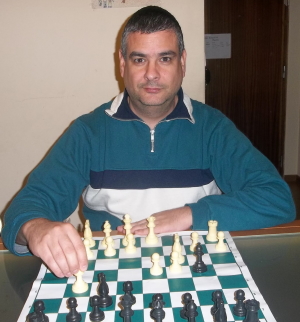 The case of the Portuguese player Luís Gonzaga Grego is unique in this article, as he is the only player among all mentioned here who has championed the variation in Correspondence chess! Gonzaga Grego is an IM in corr. chess, rated around 2400, and I could find 7 of his games, where he lost 4 times and made three draws. Correspondence chess usually involves hours of analysis, sometimes even with computer assistance. Therefore, it is the ideal place to look for the "truth" in an opening's evaluation. And if you haven't guessed already by our champion's stats in the line, current theory has not been very kind to fans of the Bronstein variation... In the following game, we examine what is probably the most critical line of the entire system:

The future... or is there one?

After becoming familiar with the variation's history and main ideas, I wondered if there is any potential for improvement on the current theoretical status. If Qf2 is so strong, and Ke2 is still so respectable, perhaps the traditional way of handling the black position needs a radical update. Of course, this doesn't mean reverting back to the tried and tested Qe7 - f5 lines: we still want to disturb the material balance!

My search led me to a discovery that filled me with optimism, at least for a little while! Apparently, in his widely publicized "Masterclass" of chess, Gary Kasparov proposed a radical novelty in the Ke2 line, in the form of bonus material. I don't own that Masterclass, so I am not aware of the extent of Kasparov's analysis, but I could find the key move in a free preview of the course, and so I checked my files to see if anyone had already tried it in a real game. I discovered this very interesting recent fight between CM-level players:

How exciting! A radical new way of playing against Karpov's line in the Bronstein variation! But what about Qf2? Is there a way to apply the same concept there? Well, apparently there is one, and it has been tried quite a few times already, as it was known way before Kasparov's idea. Could it be as potent, though? To find out, I took a look at another fairly recent game, where a young Russian FM went down to his Belarusian opponent in flames:

With this final position, my article ends on a happy note for fans of the black side. However, the final verdict on the variation's status is not as inspiring, at least for now: The plan of Qf2 with the idea of h4-h5 still exerts tremendous theoretical pressure on Bronstein's sacrifice, and it is probably the reason why it is rarely tried at the professional level, and only a few die-hard fans seem to be willing to defend it in correspondence chess.

The brave souls who made it to the end of this blog, which ended up being way longer than I initially thought it would be, may still be left with one question: what happened in that thematic Sämisch tournament? Well, I actually came first, edging out two other players on the tie-breaks for first place! Unfortunately, I didn't get the chance to sacrifice my queen in any of the games, since every opponent I faced with the black pieces deviated earlier. Regardless, I had a blast going through all these remarkably exciting games, and maybe one day I'll be able to venture Bronstein's line myself, for good or for bad! 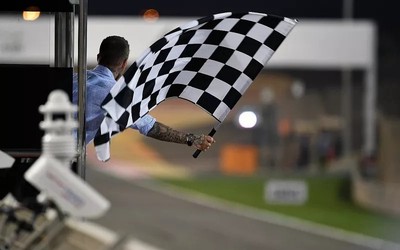 Some thoughts on the Rapid time-control, with snapshots from my recent games.Nov 14, 2021 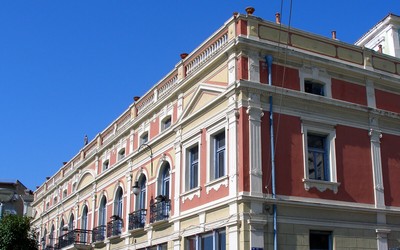 Trying out Lichess Blogging with a tournament report!Sep 9, 2021
Reconnecting