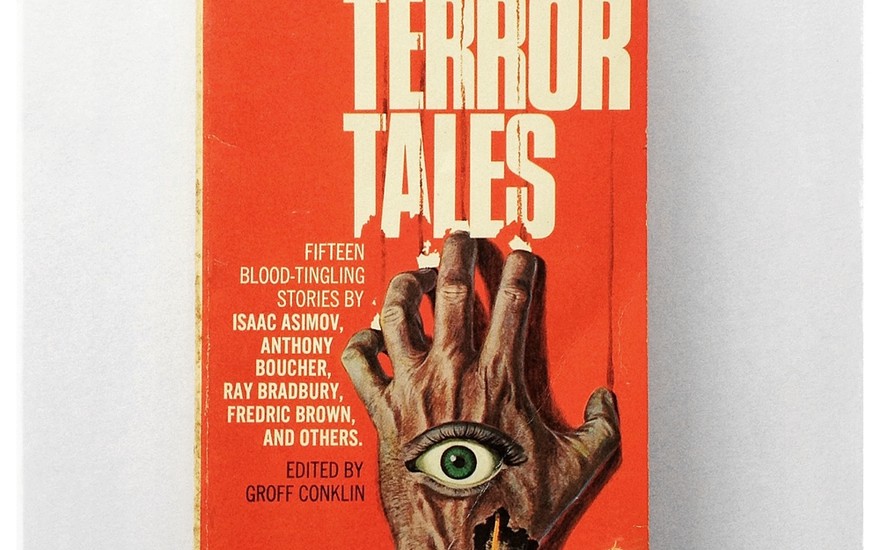 The Golden Age of SciFi

NM MrPushwoodOct 29, 2022326 views
Off topic
As an ancient wag once observed (regarding a topic endlessly debated in the field): "The real Golden Age of Science Fiction is twelve." :)

Actually, I was a couple years younger when I officially Caught The Bug--and signed up to join the Science Fiction Book Club. Apparently not only were there other people interested in this stuff--they would even send copies of it to your house!

My mom pointed out that I would also be expected to buy future books (at the regular club price)--at which point I pointed to the "cancel at any time" clause.

You got your first three selections for a dime. Literally. There was even a slot in the postcard where you were evidently expected to tuck the coin. And so for that "tenth part of a dollar" I received: The Science Fiction Hall of Fame (vol 1), The Foundation Trilogy, and Boucher's A Treasury of Great Science Fiction (a two-volume set which counted as one!).

My dad (who was no great scifi fan himself) read the Hall Of Fame book as well. He took it with him to work (he ran a sportfishing boat at the time). His two favorites were "It's A Good Life" and "Flowers For Algernon." And much much later on he remembered "Microcosmic God."

A few of us in class had "control panels" drawn on our desks: pages of construction paper (another of those terms--like "lavatory" and "recess"--which you only ever encountered in elementary school) taped onto the tops with all sorts of buttons to press, like "ion exterminators" and "mass detectors" (just in case one of Mr Dattor's lectures somehow managed to lure a black hole into the vicinity, I guess).

Then there was Science Fiction Terror Tales. It's the tome featured in the pic (or at least, as much of it as would fit!) edited by the omnipresent Groff and featuring a whole host of diverse and wacky contributors. And yeah, that cover definitely made a big impression on me (not all that many books would stare back at you).

There was Heinlein's "They" with its great starting line: "They would not let him alone." I remember us going up to each other at school and letting out that and other lines from it in sinister fashion. Stuff like: "The creature known as Alice..." Eek!

Creepiest of all though was Richard Matheson's "Through Channels." We'd go up to each other and intone the line: "One of the E's faded out...and it was a word!" More eeks! :D

Incidentally, we obtained our copy from the school library. But not the regular library. It was a single shelf in Mr Dattor's classroom. There were perhaps 20-30 paperbacks in a line, but they all had those pockets in front with library cards (and you even checked them out for a 14-day period).

I did however hit up the real school library for my first-ever reading of The Time Machine. I can still remember the first sentence (for I committed it to memory): "The Time Traveller--for so it will be convenient to speak of him--was expounding a recondite matter to us." A bit later on I found in a neighborhood bookstore Seven Famous Novels Of H G Wells, wherein Herbert George discusses in the intro his "fantastic novels." And I remember thinking: "Wow, somebody's a little conceited..." :D

For sheer state-of-the-art weirdness though--something sure to boggle your newly adolescent mind--there was nothing quite the equal of "A Wrinkle In Time." I still remember that picture of the ant walking across the thread on one page! And tesseracts (of course). Incidentally, it's one of those (presumably rare) novels that actually does start out with the line: "It was a dark and stormy night." :)

And for sheer mind-bogglingness, there was nothing to equal Quest For The Future. As if A E Van Vogt's plots weren't tough enough to follow as it was, in later years he developed a novel method for constructing novels: he would take three or four of his earlier stories (with nothing whatsoever in common, for so it seemed)--and then he would proceed to bind them together. Quest is the strangest such experiment of them all (and it contains what is probably my favorite story of em all, "Far Centaurus," within it!). Then there's that couple traveling through pre-Columbian America in a Winnebago...and eventually we end up at the end of the universe (and come bouncing back somehow or other).

Not sure I've ever quite followed the whole thing...but I'm always willing to try! :D

Eventually I got a subscription to Analog...just a year after John W Campbell Jr himself was at the helm! I think Ben Bova was the one in charge by then. We had moved from an apartment into a house and so one of my fondest memories is coming back from school and reaching into the mailbox and feeling that heft of weight in there. :) Back then you felt almost as though each issue was an item sent to you personally (as would come to seem the case for me with record albums just a few years later). 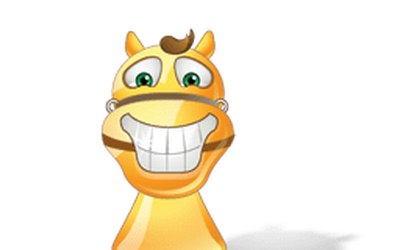 We've probably all gotten stuck with one of those Terminally Bad Bishops from time to time--permanen…Nov 25, 2022 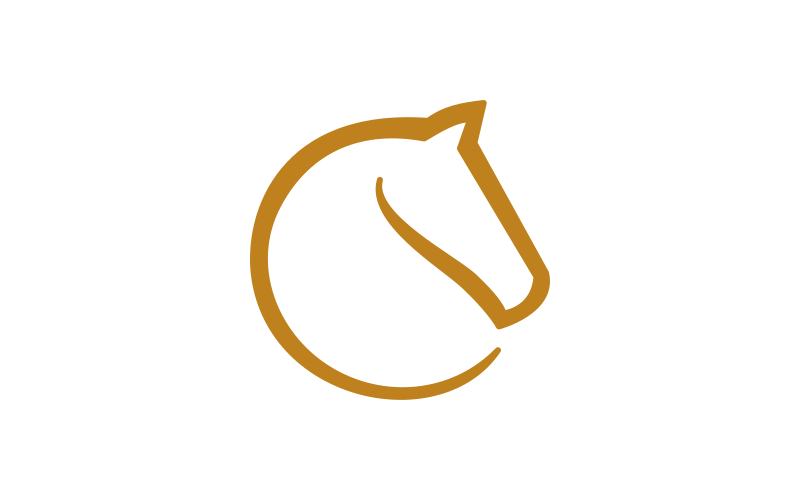 It came in the same match as my Craziest Game Ever (the subject of another blog); indeed, it was the…Nov 13, 2022 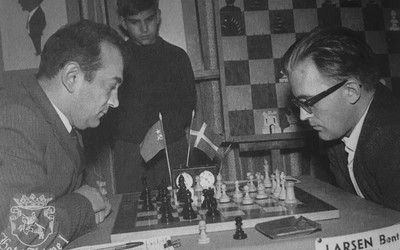 The ultimate proof of an amazing move is when it seems so obviously wrong that you automatically set…Nov 5, 2022 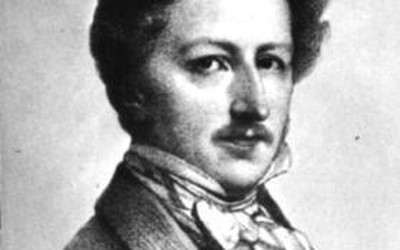