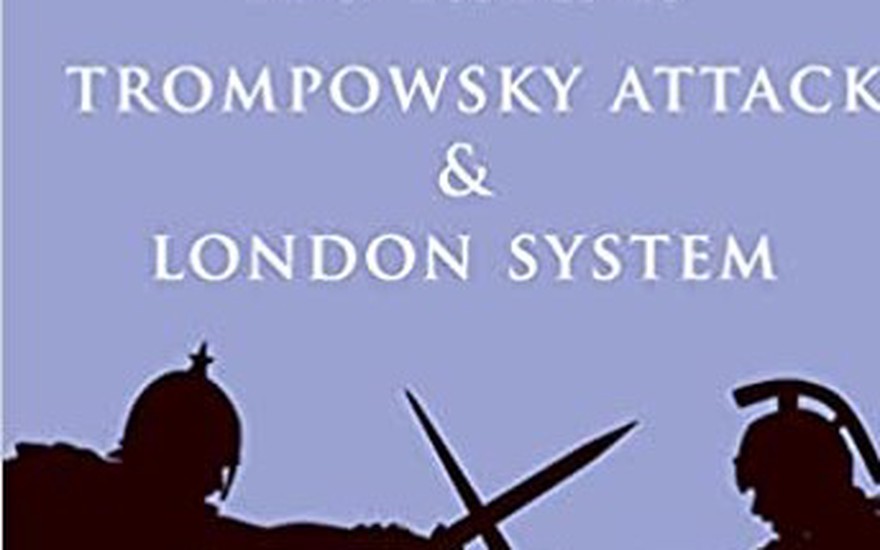 Subtitled 'new ideas, dynamic strategies and powerful weapons', this book but presents a set of aggressive methods for White after:

The Trompowsky comes first and receives the most space. This used to be my favourite opening with White. I'll come back to that at the end.

Moskalenko regards the Trompowsky and London as thematically very closely related. Treating them together also gives the reader an option against both 1...Nf6 and 1...d5.

My feelings about this book by the prolific Ukranian grandmaster are mixed.

On the very positive side, reading it has made me want to play the Trompowsky again, which I didn't expect. (Everyone on Lichess: you have been warned...) The 46 annotated games include some gems. 11 of them are by Moskalenko himself, showing that he practices what he preaches. Especially in these games, the author's enthusiasm for the 'd4 specials' is apparent. The promise of 'new ideas' is certainly kept.

My reservations are: (i) that Moskalenko's assessments are sometimes over-optimistic for White, and (ii) that options for Black are often omitted.

I suspect that (ii) could have been addressed by stating clearly that the book does not attempt comprehensive coverage. It functions more like one of Everyman's 'Chess Developments' works, providing inspiration and novelty rather than an encyclopedic primer. It's a little unfortunate in this respect that the back cover refers to a 'complete opening repertoire'. Valuable though the book is, readers would do best to supplement it with other sources.

While some of the gaps in the coverage are problematic, I do see the rationale for this approach: space is saved to present different options for White, which is useful in openings where flexibility is so vital. But all this could have been stated explicitly.

What is in the book?

The chapter titles are rather abstract, so I'll give the outline from the index:

All analysis is embedded within illustrative games. Various symbols signalling 'trick', 'puzzle', 'weapon', 'plan', statistics' and so on liberally sprinkle the text. To my mind these clutter the text somewhat, but in some cases they are useful visual aids. The content never becomes particularly variation-heavy.

I'm going to focus on the first part - the Trompowsky. I've picked out some cases in which Moskalenko's material is particularly interesting, yet lacks attention to Black's counter-ideas.

But Moskalenko implies that this means Black cannot reach a Czech Benoni structure. That is not the case: 3...d6 4 Nc3 e5 5 e4 Be7 does the trick. Now Black is threatening ...Nxd5. Rapport has played this way with Black. This should not terrify White, but we need to be prepared for it.

e) Continuing with 5 Nc3, the sensible reply 5...e6 is strangely labelled 'TRICK' (as though Black were falling into a trap; after 6 e4 just a few more moves are given. Once upon a time books used to quote a game Cooper-Gufeld to claim that Black is more than fine here - it is not straightforward for White to develop the knight on g1. I'm prepared to believe White is really better, as Moskalenko claims, but I'd like to see some analysis to prove it.

There is some excellent material in this book. It is a rich source of inspiration and sharp 'weapons' - but to be handled with care.

Bibliography (postscript for the Trompowsky connoisseur)

Times change. Like many British players I was inspired to take up the Trompowsky by the games of Julian Hodgson. In my last ever tournament game with it, I ventured it against Hodgson himself. It was going ok, but I panicked on move 23. I did have occasional success with it against slightly lesser grandmaster opposition.

I learnt the opening from Andrew Martin's book Secret Weapons. I then studied Joe Gallagher's The Trompowsky. That was a wonderful book, full of exciting Hodgson victories. Meanwhile, my own secret weapon was Wolfgang Gerstner's Der Trompowski-Angriff (1995), supplemented by three booklets in the 'Trends' series published in the UK. I never tracked down Hodgson's Secrets of the Trompowsky (I see that he has more recently produced a video on the opening on Ichess). By the time Peter Wells's Winning with the Trompowsky appeared, impressive though it looked, I had long given up the opening and was taking a long break from chess.

That now seems more or less ancient history, and I understand why Moskalenko doesn't refer to any of that material. His sources include the cluster of three books on the Trompowsky in 2013-14 by Richard Pert, Richard Palliser and Cyrus Lakdawala, as well as Dmitry Kryavin's 2018 work.

An omission I do find puzzling, though, is the Chesspublishing website, where under the rubric 'd-pawn specials' the top theoretician Richard Palliser regularly posts Trompowsky analysis, adding to the fine previous material by Eric Prie and others. 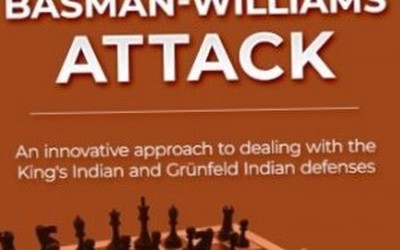 This a review by FM James Vigus of Carsten Hansen's The Basman-Williams AttackJun 19, 2022

This is a review by FM James Vigus of Joel Benjamin and Harold Scott's Winning the World OpenJun 17, 2022 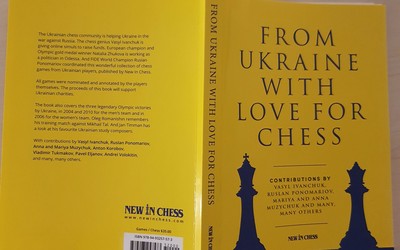 Book Review: From Ukraine with Love for Chess

This is a review by FM James Vigus of From Ukraine with Love for ChessJun 17, 2022 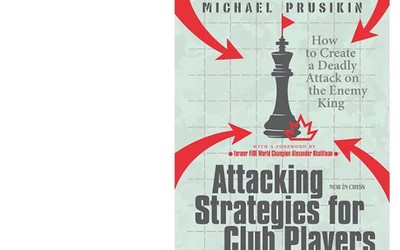 This is a review by FM James Vigus of Michael Prusikin's Attacking Strategies for Club PlayersMay 20, 2022
Reconnecting