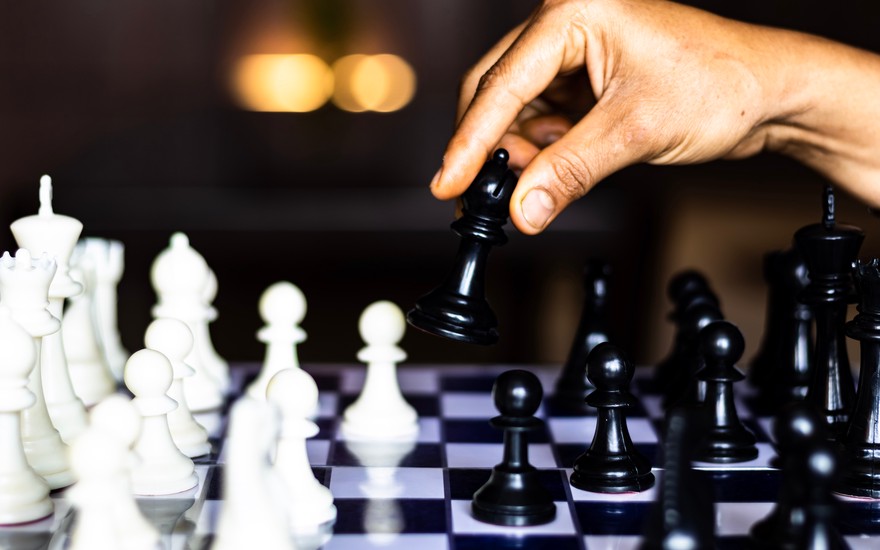 Photo by VD Photography on Unsplash

MatthewKCanadaSep 18, 2022933 views
Chess
Joining the Dojo Training Program, addressing my anxiety, and getting a coach.

It's been a year and a half since I returned to playing chess, but only now do I finally feel like I'm a chess player. A lot of that had to do with anxiety around playing, which I've written about in this blog. Over the summer, I managed to largely fix the problem and, for the first time, started feeling not just comfortable playing, but actually wanting to play.

Like most people, I have a hard time figuring out what I should study. I know there's a certain obsession in the adult improver community in finding the most efficient way to study. People want to maximize their rating gain per hour of study. I think they get too focussed on that and miss out on the pure joy of learning. On the other hand, it's easy to fall into the trap of just doing the stuff that you're comfortable with or which doesn't challenge you, like watching videos. I'm not obsessed with efficiency, but I can recognize when I'm not doing anything useful. I also realize that I would never be able to tell if I learned anything if I never applied it. What I needed was some sort of structure fitted around material that was appropriate for my level and some motivation to play games.

I came to this realization about the same time the ChessDojo released the Training Program. I’d had a chance to take part in the beta, but passed on it because I thought I had a handle on things. When it was finally released publicly, things hadn’t improved for me, so I figured I had nothing to lose.

The Training Program is based around FIDE ratings. Each rating band is given a series of tasks, including tactics to do, books to read, master games to review, openings to learn, positions to spar, and interactions to have with other rating bands. The core of the program is playing classical length games, online or over the board, doesn’t matter. For each of these games, you have to do an in-depth analysis, share that with your cohort (the other members of your rating band), and submit it to the program’s training database. Check out a longer, in-depth take on the program and its requirements from my fellow #chesspunk, the one and only, Ono (Twitter, Blog): The Universal Training System with GM Jesse Kraai.

The secret of the program is the community that has grown around it on its Discord server. If you were to ask someone in the program to give you the task list for your level so that you could work through it on your own, they almost certainly would. You could do the work. You could even play the games and analyze them. You probably still wouldn’t get the benefit that program members do.

The real learning is in playing games and analyzing them, but those games have to be good quality. The time controls that count for games get longer as you go up the rating bands (30+15, 45+15, 60+30, 90+30). Playing the pool in those time controls is difficult on Lichess or Chess.com. You get people who blitz out moves. You get cheaters. You get people who realize they’ve lost and just let their timer run down. You rarely get good quality games and that’s what you need to improve. You need someone to challenge you. You need someone to respond to your mistakes and show you that they actually are mistakes so that you can learn not to do them again. You need someone to talk to you about the game afterwards. You need someone to look at your analysis and point out what you missed. You need to look at other people’s analysis to see how you can do yours better and give them feedback to help them do better as well. The training program provides all these things with the help of a supportive community. Check out my blog post on How We Play and Learn Chess for more information on why analyzing your own games is such a rich source of improvement.

To be clear, you can get these games in other ways. There’s the Lichess4545 League and Lichess LoneWolf. The training program actually piggybacks on the larger Dojo Open Classical and Dojo Liga, which are accessible through the main ChessDojo Discord server. You can get the games outside the program, but you won’t necessarily get the feedback. You could get that feedback from a coach, but that’s a lot more money than the program and you’d still be missing the camaraderie of people around your own rating having the same problems and facing the same challenges. And I think there are benefits even for those who don't want to engage with the community on Discord, for whatever reason, since you can still read what goes on there and search for answers to your questions because you're likely not the first person to have them.

There is one recommended resource that has been noted by the lower rating bands as being overwhelmingly helpful and which you don’t have to join the program to benefit from: Chess: 5334 Problems, Combinations and Games by László Polgár. It’s a massive tome, but if you were to do 10 problems a day maximum (some days you will struggle to do just one), your game will improve. Once they get too hard, start back at the beginning and I guarantee you'll get farther the next time.

It was with the help of the ChessDojo Training Program community that I was finally able to address my anxiety with playing. I joined the program and played a number of longer games with little trouble, but any shorter game posed a problem. I posted something about it in the program's general Discord channel and got some really good advice. The conversation was significant enough that the program added a new forum channel called “The Mental Game.” My post there on avoiding games because of stress during the game is now almost a hundred comments long.

The TL;DR answer to how I solved my problem is that I just started playing Chess.com bots all the time. But that answer is overly simplistic and hides all the other good that came out of the conversation. It turns out that I was not the only person who had the problem of avoiding playing because it gave me a fight or flight reaction. Even more than that, people were surprised that I was even talking about it and thankful that I had started the conversation. Let me say clearly that there is no shame in talking about it, especially if it helps address the problem.

What really helped me was a suggestion to read Overcoming Anxiety by Dr. Helen Kennerley of the NHS. It’s essentially a do-it-yourself guide to cognitive behavioural therapy. It teaches you how to identify the actual cause of the problem and gives you the tools you need to get a handle on it. It also gave me perspective on how insignificant my problem was in comparison to the types of serious anxiety disorders that may be best treated by a therapist. That perspective turned out to be part of the solution. Another was starting to play bots because there’s no record of the games, there’s no rating on the line, and you can lose to a 250 ELO bot without anyone knowing (until now). Once I got used to playing bots, substituting humans was easy.

Back when I was trying to figure out what to study, I knew a coach could solve the problem of giving me structure and goals to accomplish. At the same time, I realized that they couldn’t help me improve if they had no games to analyze. It would be a waste of their time and my money. That calculus changed when I joined the training program. My cohort is great and the program clearly lays out everything you need to do, but you still have to do it and the order is essentially up to you.

I decided to reach out to JJ Lang (Twitter) at the beginning of the summer, just to test the waters. They co-host the Chess Feels podcast (Twitter) with the incomparable, but not uniquely named, (Dr. Chess) Julia Rios (Twitter), who is a clinical psychologist and chess player. The podcast focusses on the mental side of the game. It’s entertaining and irreverent, but also very helpful. I highly recommend it. JJ is also in the training program and so understands the context I’m studying and playing in.

Given my problems, I thought JJ would be the perfect fit as a coach and that seems to be the case. I’m going to be meeting with them monthly with the purpose of goal setting, but also to talk through how to approach any lingering anxiety problems I might have. We’ve had one full session so far, and it was incredible. We did my goal setting for September and talked about what to focus on, and then we dived into a number of my games. Not only was the coaching spot on, but I was able to use it in that evening in a dominant performance for my first game in the ChessDojo Open Classical.

I should highlight that the arrangement with JJ is not typical. We’re not meeting every week or two, going over my games, doing prep against my opponents, and assigning study homework. The program gives me most of that. Instead, we are meeting less frequently to discuss how to structure the homework I already have, provide me someone to be accountable to, and, if we have time, go over the current glaring weaknesses that jump out of my games. Not all coaches will agree to that sort of arrangement, so I’m lucky that JJ is willing to be flexible and work with me to help fill the gap between my enthusiasm and the program requirements.

It's important to note that what works for me might not work for you. Ono, when faced with a similar choice, chose a different path, which you can read about in their blog post. What's working for me now might not work for me later. What I can say is that the training program is structured to help you succeed at any level if you're motivated to do the work. Having a coach is great, but it's a bonus. And if you can't afford the time or money for either then the best way to improve is to try to get good quality long games and really analyze them afterwards, no matter how uncomfortable that makes you feel.

Photo by VD Photography on Unsplash 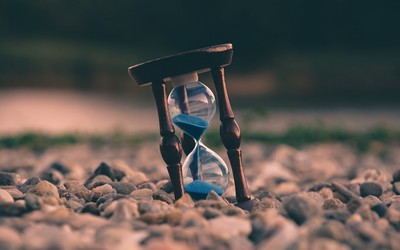 Basic tools to help you get a handle on your time management.Sep 25, 2022 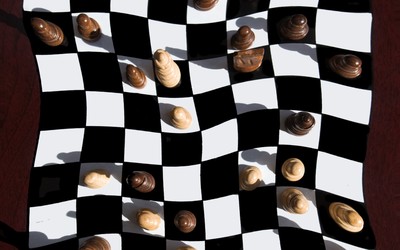 I had no idea what to expect when I showed up to my local chess clubSep 21, 2022 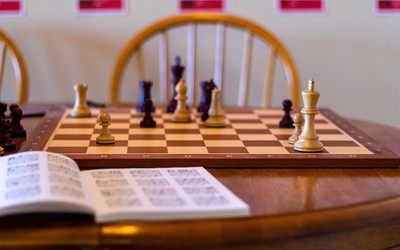 How We Play and Learn Chess

Insights from my recent reading on chess, high performance, and the philosophy of gaming.May 10, 2022 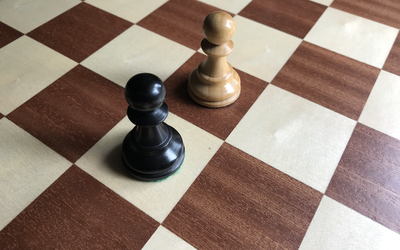 A look back at what worked and what didn’t in the first year of my return to chess.Feb 22, 2022
Reconnecting