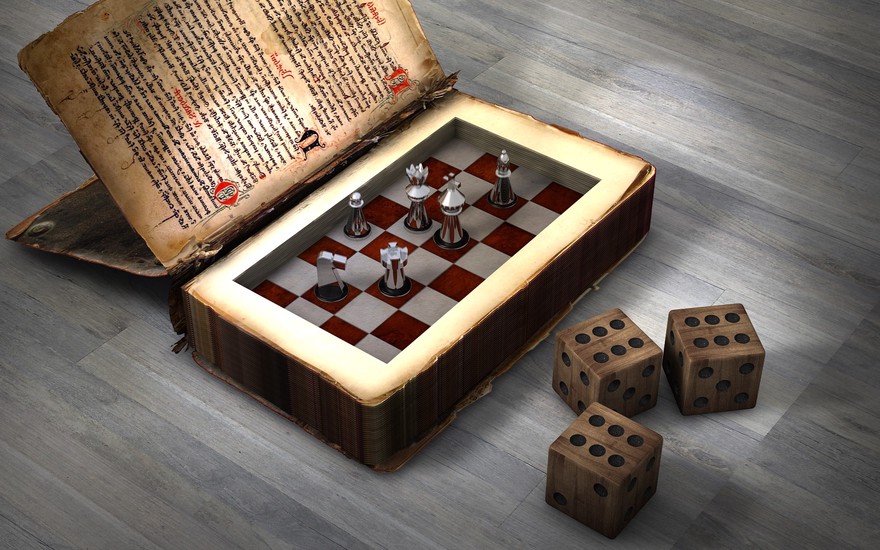 A huge chess secret revealing to me by accident - not to be pushed around!

CM Kingscrusher-YouTubeOct 10, 20225,605 views
ChessAnalysisTacticsStrategyChess engine
Become less reactive in your chess. Make use of a huge chess secret which seems fairly transformative for fun and results at same time!

I became more of a "No person" on the chess board recently.
No, No, No, No, No - but No to what exactly?
Find out through examples, and maybe you can too.

I have a new concept that I feel was given to me from higher above or by coincidence - and feel the urge to share it despite it actually probably making a section of the site reading this blog to be actually more DANGEROUS as chess players and crushing me in the future. Oh well. But on the other hand, it has been torturing me for days now - this concept.

I assure you this isn't a usual blog post. It can be transformative to your chess. And no this isn't a long-winded advert you see for 40 minutes and at the end, there is a magic pill - no - I am being serious here. But feel free to challenge the conceptual basis for this article in the comments sections.

In one sense my competitive instinct is not to do this particular blog post. I assure you it is not an ordinary one. It has the power to entirely transform your chess attitude. It is about becoming a "No Person" on the chess board for both rebellious fun and your results. You know the fun of being rebellious already - like relative pins which can sometimes backfire on the opponent - well, we can be rebellious in other ways too.

My weakness as an aside

I have a real weakness but sometimes a strength - I tend to correlate completely different things and often entirely inappropriately. One such example is the notion of short-term memory and the number 7 - we as humans are bad at handling multiple things in short-term memory. 5 +/- 2 is our reach. This is a great concept for user interface design. E.g. design menus with just maximum of 7 items etc. However, this concept is not relevant say for the number of sections in a chess course. You can have 30 - it doesn't matter. There is no need for someone to have all 30 in mind.

I was watching "Yes Man" on the TV with Jim Carrey and I thought it was quite interesting philosophically to open oneself up to opportunities in life - and then later to know when to really say yes if you have conviction in the "yes".

It was a really interesting philosophical film but in general, I don't recommend this in real life, as you can end up doing very risky things. As an example, I would not want to say "yes" to Bunji-Jumping for fear of brain damage and then be unable to crush most of you bunnies in bullet etc. So yes, keep saying "No" in real life as you do. It is often safer. If I can't have Nandos every day, and crushing you bunnies at night in bullet, then much of the spice of life and Nando's chicken would be lost.

Anyway, I was watching one of my favorite GMs - AlexSur a few days back, absolutely destroying an Elite Superblitz tournament. In most of his games, the engine graph was one direction and one direction only. Without any "hair cracks". By “hair cracks”, I mean where the advantage graph was suddenly changed to his opponent even for just say one move. He essentially had very one side relentless advantage accumulating wins. A few days back I had lost two games to GM AlexSur in a daily super blitz, and funny enough, there were some "hair cracks". The two games in question follow:

Black missed, Nc3+ followed by Qb6+ which picks up the unprotected rook on g1 - try and visualize this! :)

And a really embarrassing one: (yes I can be a total and utter DONKEY on recapture automatically impulse/ bias ) :

Yes I could have just taken his Queen.

Auto-recapturing rather than downside-centricity are the source of many missed opportunities. We are biased toward recapturing - especially if you play too much bullet chess.

Anyway, it got me thinking - I probably attained these "hair-crack" opportunities by being attacking and downside-focused on the opponent's position. But something was missing. A missing "perk" of this downside-centricity. And that I connected with the Jim Carry "Yes man" film - and that my chess friends and bunnies are:

"Say NO to bad situations - don't be pushed around - where possible!"

Also, this can be extended to

"Say NO to sub-standard advantages when you suspect something better"

Before reacting to an opponent's threat - ask if their King has a lack of escape squares, or if they have unprotected pieces, etc. Ask what their position downsides are. Don't rush to react to threats and don't rush to recapture especially if it isn't a bullet game. Maybe there is something MUCH MUCH better you can do. And if you miss this opportunity, you will see sometimes this was a major "Critical position" of the same where you went backward or passive to parry a threat when instead you could have been maybe more attacking. In short, like the Jim Carrey film - but slightly different - "Become a NO person!".

In the two horrible examples against GM Alexsur - one can be forgiven - but the other could not really. However, the thought occurred to me - and maybe this is a big secret of chess from my viewpoint, is that actually this question:

"What is the actual point of finding downsides in the opponent's position?"
(BTW when I say "downsides" I mean things like unprotected pieces, weak king, and other such kind of weaknesses)

Okay, you may answer the usual - well to CHECKMATE them or WIN MATERIAL. Yes, yes, but also what about this :

In fact this kind me the leading driving motivation for finding downsides within the opponent's position. Now I start looking at master games and see this idea in many places I didn't really observe before. These old masters like Rudolf Spielmann or Alexander Alekhine weren't called Attacking geniuses for anything. And unlike the current level of chess drama in the community, their games are both dramatic and nutritional at the same time for those of us who actually do play chess.

White to play - Alekhine even in a Simul has a planned "no" to just moving the Queen. He senses the downsides of the opponent's position and recognizes clearly:

Here is a nice example too from the "Master of attack" Spielmann:

Do we move our Queen with Qf2 which we might do in a speed game, and lose our rook on h1 and resign. NO - be a NO Person. Let them have the queen!

Marshall created huge weaknesses around his King from earlier and should be expecting "no" at some point for his threats. But here his Bc5 was just a trick he relied on to get his rook to g7. He assumed it couldn't be taken. Key lesson - be sure the opponent's intentions aren't just backfiring on them if they have already issues. So even if they aren't threatening anything but actually discouring you to do something - check that out to the end.

Now, this is something I had kind of mentioned in some of my chess courses. I had mentioned the whole downside concept in my "Complete Guide to Chess Tactics" and I did mention in my "Art of checkmate" course that if you control any key escape squares of the opponent, you should not always just respond to the opponent's threats but rather seek to checkmate the opponent. You should not "Acquiesce" especially if the opponent has clear downsides.

Recently I have also on occasion not "Acquiesced" but this was more by downside-centricity rather than really aggressively pursuing the Perk (the advantage) of it. So in the following game pre-"no-person", for example:

Sure I stumbled on a good move. The point is if Qxf3 I am going to back-row mate my IM 2700+ opponent with Rxe8+. Cute - I wish I can play more frequently like this.

But this can be more "intentional" if we really don't want to be pushed around by opponents- the difference between say retreating a knight on the opponent threatening it, and trying to win their rook - is very transformative. You become less "reactive" and more "downside-centric" for issues in the opponent's position.

But you know "finding downsides" is like programming. What is the point of programming? It is usually to do problem-solving. The key driver is problem-solving. Recognize the tool, and recognize the goals of the tool. Then maybe you gain greater motivation for using the tool. The tool is generally a means to an end unless you are a total nerd or something which is cool as well. Life is about having fun and you may just like for example programming for programming's sake. That is another subject.

In chess, perhaps we need to strive to "not be pushed around" by the opponent - that is the Goal. Maybe other things are the tools. And if you follow this approach, chess becomes more exhilarating and you take more control over your chess, rather than your opponent's being your puppet master.

I hope all this makes sense - and I will try and add more concrete examples in the blog evolution. If you follow the spirit of this blog article, I think your chess has a big chance to be "less reactive". In the extreme, you don't want to play like one of Paul Morphy's opponents - but rather want to take charge of the chess board.

Hope you enjoyed this blog :). Any likes and follows are really appreciated. Also, I also have some interesting chess courses at https://kingscrusher.tv to check out.
Cheers, K 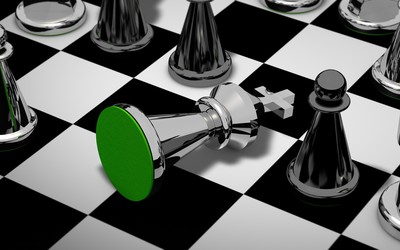 Checking all checks is important

The habit of checking one's lucrative seemingly crushing plan for checks and tempo gainers can save …Nov 22, 2022 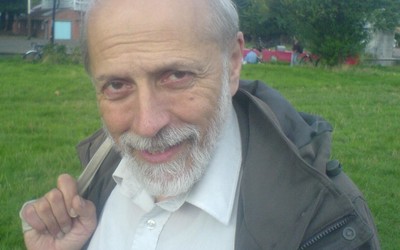 An amazing game in particular with a shocking opening but even more shocking tactics laterNov 11, 2022

An out of this world chess engine game 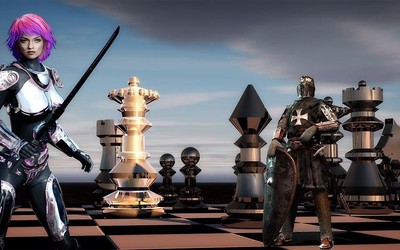 This is a powerful surprise move which has been used even in high level correspondence chessAug 22, 2022
Reconnecting