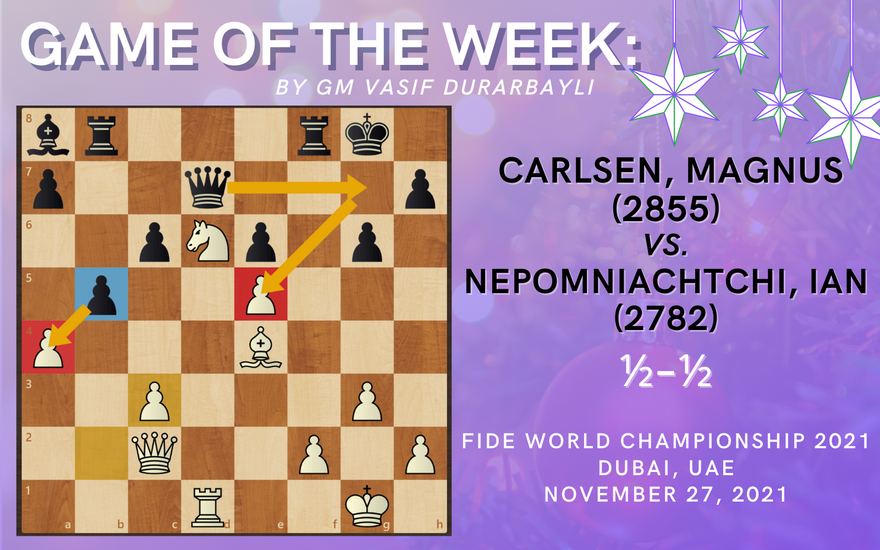 GM DurarbayliNov 28, 20214,919 views
ChessAnalysisOpeningTournamentOver the board
“A Knight on f5 is worth a pawn" - Garry Kasparov

Kasparov made this statement because often, the Black side castles short. White’s knight then becomes quite annoying for Black and can create attacking ideas all the time.

What about the value of the knight on d6 or d3? If we consider that either the e or d file is often open and could be used by the enemy, having a knight on either of those squares could stop any rook activities and generally bother the opponent greatly. This knight on d3/d6 is often called the octopus knight. The historical Karpov-Kasparov game illustrates this idea in which Kasparov sacrificed the pawn in order to locate the knight on d3, ultimately helping him to win a beautiful game.
https://lichess.org/study/3td9kdBg/2xu8EZIg

Today, many could argue about the value of the octopus knight, but there is no doubt that whenever the knight is on either of those squares, it makes the opponent’s gameplay miserable. This brings us to the Game of the Week...

Game of the Week is- Carlsen vs. Nepomniachtchi

This is the continuation of the Game of the Week series. All the previous weeks could be found here. Thank you for reading! If you find any noteworthy games that you think should appear on Game of the Week, please send me a message on lichess.org.Please note that Game of the Week will cover games played from Saturday to Saturday of each week, and any games played on Sunday will go to the next week. See you next Sunday! Contributors: Grandmaster Vasif Durarbayli Edited by Della Almind 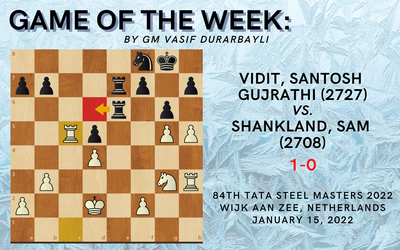 Suddenly, your opponent plays a line that he has never played before according to your preparation. …Jan 16, 2022 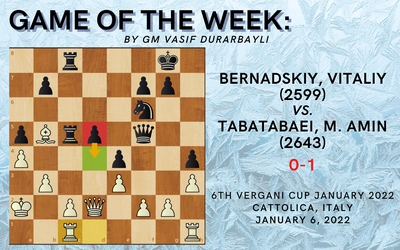 Allegedly, Radjabov said in an interview during the 2010 World Blitz Championship that “Everyone is …Jan 9, 2022 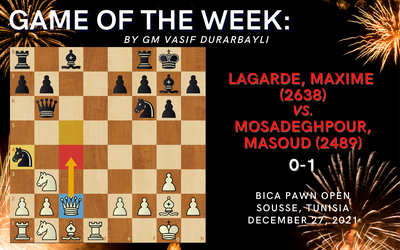 Man’s ego is always the biggest obstacle on his way to success.Jan 3, 2022 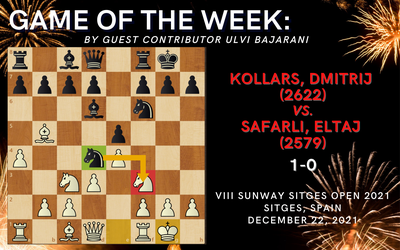 This week’s Game of the Week will clearly demonstrate the following principles:Dec 28, 2021
Reconnecting