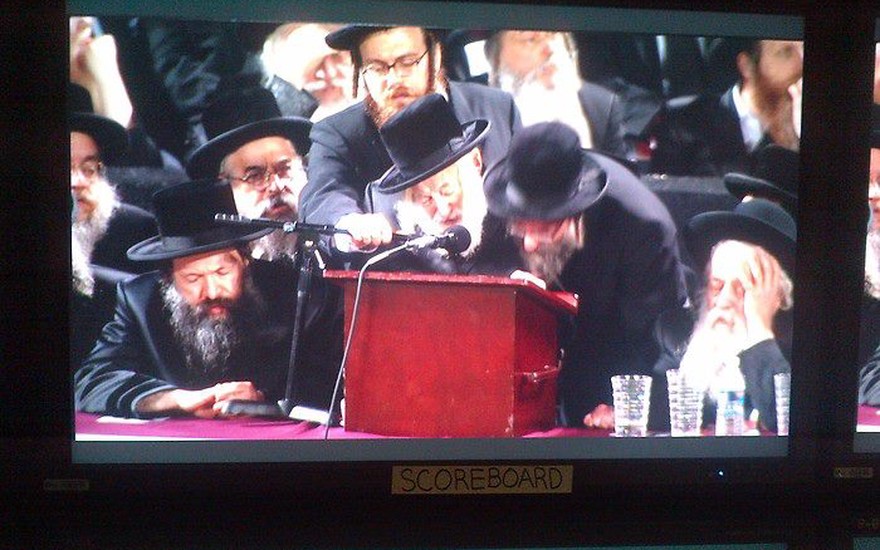 The Hero’s Journey in Music & Chanting

For the last few years on Week in Review with Church of Entropy (Sunday Nights at 7 PM ET), I have opened the program with a chant, usually Hebrew or Sanskrit. Along with the chant, I have given the translation, meaning, histories and use of the chant in prayer. Starting Week in Review with a chant has helped with the show’s focus on consciousness, science, and spirituality. After three years I started to exhaust my memory of different chants, and switched to analyzing popular music. With the encouragement of Church of Entropy, I have decided to turn my thoughts into a blog on the deeper meaning of music, congregational chanting & music’s relationship to consciousness, specifically focusing on the relationship of music to the monomyth, the Hero’s Journey.

For those familiar with Jewish music, the majority of Hebrew Synagogue chants have a four part structure meant to align with the four letter name of G-d (Tetragrammaton), which musically means a four part structure ABCB, with the second part repeating, serving to not only add pleasant musical accompaniment to the prayers but also to facilitate a mediation on the Divine Name, a spiritual journey, understood to be starting in the material realm in part A, connecting to the heavenly realm in part B, and then entering the heavenly realm in part C, and returning to the connected material and heavenly realms by repeating part B. Similarly, the structure of many Hare Krishna Temple tunes are 3 parts, ABC. The structure of the song parallels a spiritual journey that the prayer leader leads the congregation on, allowing all present to reach higher spiritual heights through the power of congregational chanting.

Having a mostly Western audience unfamiliar with Judaism, in order to express this concept, I found explanatory power in the Hero’s Journey as laid out by Joseph Campbell (1949). Campbell’s ‘monomyth’ has a general structure of Departure, Initiation & Return as a framework for the narrative arc of all heroes, myths & legends. Like historical heroes, and narrative in literature, most music has a simple 3-part structure that mirrors the Hero’s Journey, utilizing techniques referred to in music theory as theme & variation and dissonance & resolution. I have found this Hero’s Journey extremely useful to help explain the meaning behind music. This universal process has allowed me to even analyze the direction of popular music, including the degeneration of Western culture from the Hero’s journey to the loser’s journey, and the love song to the lust song. In this essay I will explain the connection of the Hero’s Journey to musical structure, and a deeper analysis to the meaning of music. I hope in the future to continue with a series of essays and YouTube videos analyzing various songs and eras of music to see how the Hero’s Journey although always the same in structure, has changed over time mirroring larger changes in society.

But first a spiritual note on Hasidic philosophy important to the interpretation and meaning of music. The Baal Shem Tov taught a process of self-improvement like the Hero’s Journey. The process of repentance and self-improvement consists of three parts: Submission, Separation & Sweetness (Rabbi Yitzchak Ginzburg’s ‘Turning Darkness into Light Kabbalah and Psychology 2002). This Hasidic teaching follows the basic laws of repentance as laid out by the early Sages consisting of recognition of sinful behavior, regret of past misdeeds, and making amends for the sin. Completing the process by reframing from committing the sin in the future in similar situations. However, the Kabbalistic interpretations of repentance is more intricate as Kabbalah proposes in addition to making amends, a rectification of society through the 3-part process of Submission (recognition of sinful behavior), Separation (avoiding the associations and situations that elicit sinful behavior till personal transformation) & Sweetening (post personal transformation being able to re-enter the previous situation in society at large without sinning and transforming / rectifying the world). For Hasidim music is a tool to help people transform ourselves and take part in the self-improvement process.

Due to Week in Review’s audience being largely unfamiliar with Jewish theology, I express this concept in the more general terms of Joseph Campbell’s Hero’s Journey. Campbells’ Hero’s Journey (1949) has 17 parts divided into 3 main sections: Departure, Initiation & Return, further divided into 17 steps.
I. Departure (1. Call to Adventure 2. Refusal of Call 3. Supernatural Aid 4. Crossing of First Threshold 5. Belly of the Whale)
II. Initiation (6. Road of Trials 7. Meeting with Goddess 8. Woman as Temptress 9. Atonement with the father 10. Apotheosis 11. Ultimate Boon)
III. Return (12. Refusal of the Return 13. Magic Flight 14. Rescue From Without 15. Crossing of the Return Threshold 16. Master of Two Worlds 17. Freedom to Live)
For the sake of musical interpretation only the three main parts of Departure, Initiation & Return are important. The details of the intermediate steps are fluid and laid out with some variation among scholars, usually in circular from, showing a repetitive process in the Hero’s Journey. The key to the Hero’s Journey is the Hero starts in society facing all the challenges that the rest of humanity faces. Then the Hero is separated from society and given some sort of special knowledge or ability, allowing the Hero to triumphantly return to and transform society. The Hero is a Hero because the Hero changes and transforms the struggles most of humanity succumbs to. But first must be transformed into a Hero through the journey consisting of the first two steps of Departure and Initiation in order to help deliver humanity from the common challenges facing us. The Hero’s Journey provides a structure & generic process, hypothesizing that all myth can be understood to take this form. The universality of this process is why the Hero’s Journey is referred to as the ‘monomyth’. All stories develop characters, and the narrative arc will follow some form of the structure of the Hero’s Journey.

Back to musical structure and how the Hero’s Journey fits into the narrative arc of music. Without getting too much into musical theory, which I hope to develop over a series of more in-depth articles and videos with examples, musical compositions also have generic structures that all music can be broken down into. The simplest form of music is one melody repeated. Many common songs, chants, Synagogue music take this simplest form, with one melody repeated throughout all the song’s verses. The next simplest form is the minuet that has 2 parts. An AB form usually with B being a variation of A with simple changes usually a higher key. The AB form is especially popular for congregational chanting and in popular music with lyrical verse and chorus, where the B part is the repetitive chorus.

Society’s most popular songs have this verse and chorus structure, some simple AB, but most a 3-part ABC structures. The three-part structure allows a building up in two parts to the chorus, utilizing two main musical techniques of theme & variation and consonance, dissonance & resolution. So, the A part introduces a theme that represents the introduction of the Hero, normalized as potentially any one of us and the normative struggles we all face, the B part a variation on the theme introduces musically dissonance on the A part to represent the Departure and Initiation, the struggle needed to turn someone ordinary into a Hero, and C the chorus is the return and resolution where the Hero reemerges triumphant (usually the chorus). Musically this is done through techniques of melody, rhythm, harmony, tone, time signatures and more, as the Hero’s theme is introduced in A, and in B is slightly changed, usually in a way that increases dissonance, and then the dissonance is resolved in part C usually in a higher key.

In congregational chanting, the congregation is literally taken on a journey, as most people untrained in singing have a hard time hitting the high notes. However, together with the congregation get carried along and with the congregation and will sing together the high part in part C. The whole congregation is taken along for the journey by the power of congregational chanting, collective resolving each other’s dissonance, and prevailing over collective struggles together. In popular music, the same three-part structure tells a story of the larger issues facing society, in a relatable way taking us along for the journey, serving as signs of common humanity. The Hero’s Journey of music mirrors the difficulties and triumphs of the times, giving people a way to make sense of the world we live in. 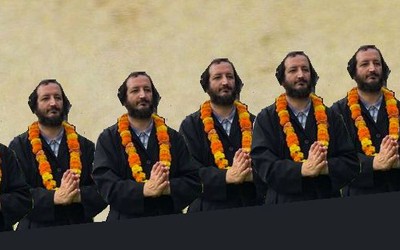 Origins and Basics of the Multiple Truth Hypothesis

Common Link of My Blog - MTH can stand alone as a mental technique for chessSep 1, 2022 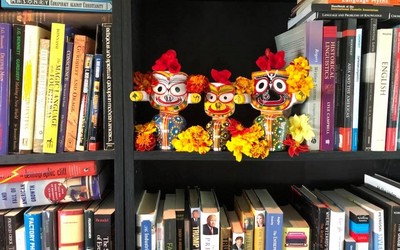 Psychological Theories of Self and Identity Formation (Part 1)

Precursor on the nature of self, leading into a series on the Science of ExpertiseJul 22, 2022 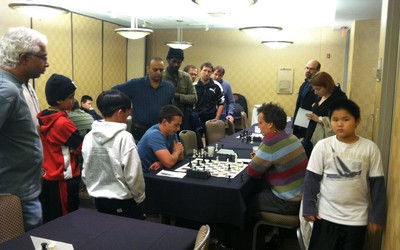 Mystical Approaches to the Meaning of Chess 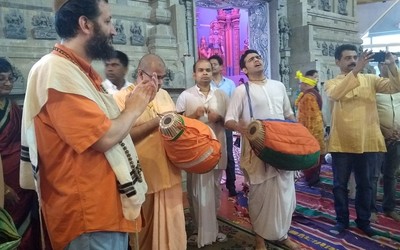