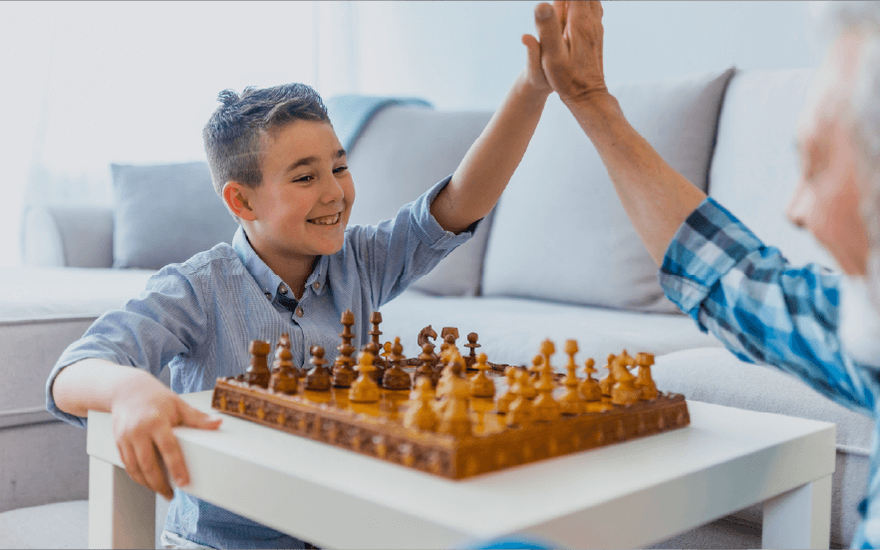 The secret to lasting love for chess

GM Avetik_ChessMoodOct 6, 202211,297 views
Chess PersonalitiesChess
Why do passionate players lose their love for chess and quit? How to keep loving chess, despite the painful defeats? GM Avetik reveals the secrets here...

“If you’ve never fallen in love and don’t know what it feels like, learn to play chess.” – Avetik Grigoryan

“Being someone’s first love may be great, but to be their last is beyond perfect.” – Anonymous

At first, we all fall in love with chess. It is very easy.
We enjoy each game, each moment. But not everyone’s love lasts forever...

Many can’t handle their blunders, and get angry.
Then, they get angrier when they lose winning games.
Then they get angrier more than happier while playing chess.
And soon many no longer love chess as much as they used to.
How do we keep the love for chess during the journey of improving in this beautiful game? Is there a way?

The answer is yes! But unfortunately, I didn’t know about it during my professional chess career either.

In this article, I’m going to share with you the secret to lasting love for chess.
Why some lose it, and why some stay in love with this game all their lives.

You’ll need it no matter if you're a professional who has days when you don’t want to touch chess and often think about quitting, or if you’re a huge chess fan, but often you get so disappointed that you don’t want to play chess anymore.

When I was 8 there was a kid in our chess school named Henry. He was very talented, extremely smart, and just crazy about chess; he could train or play it all day.

After chess classes, our group would often play football in the nearby playground, hoping our parents would be late so we could play more

Henry was the only one who didn’t come. Each time he managed to persuade someone from our group to stay and play chess with him.

And when no one agreed, he had a reserve plan. Henry had a small pocket chess set with him, something like this: 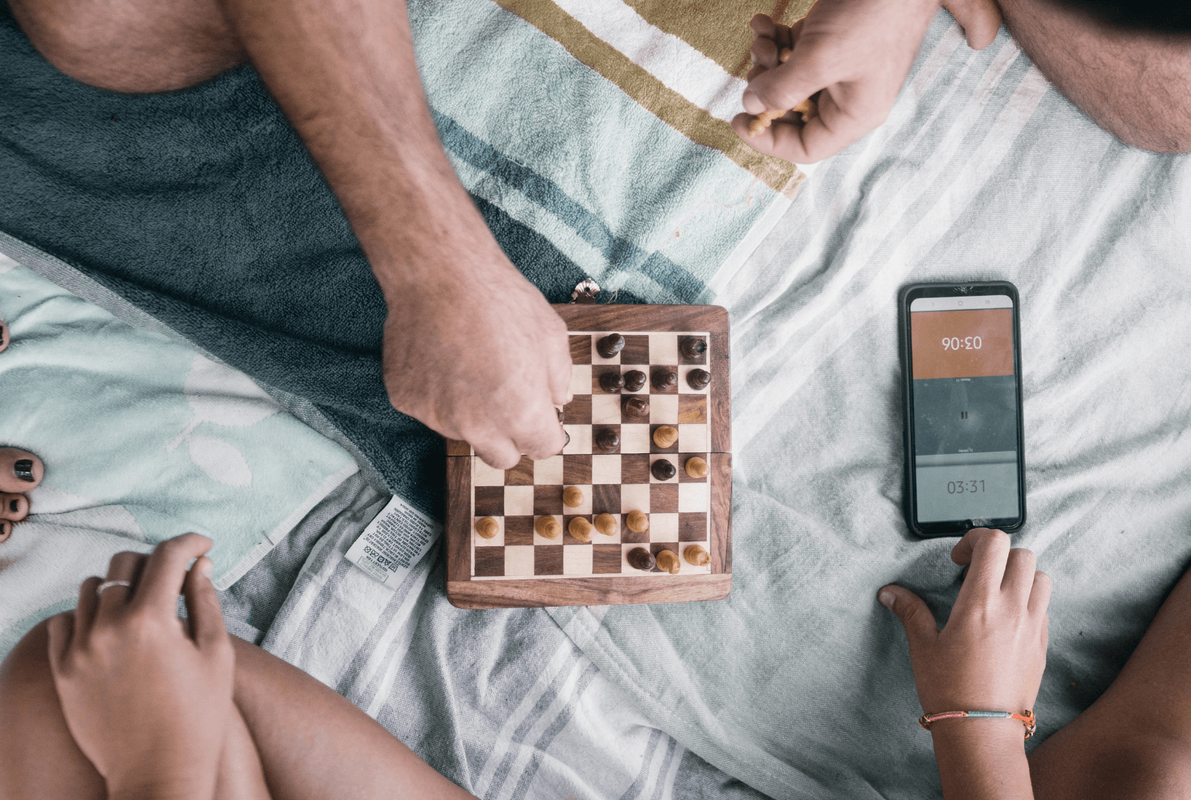 And a small book with lots of puzzles.

I remember thinking: “He’ll become a world champion.”
And I really believe he would become one. But...

When we were both 12, we were participating in the school championship.
He was leading after the 5th round.

In the 6th round he lost and then didn’t show up for round 7.
Nor for round 8, and was again absent for round 9.

And I never saw him again... 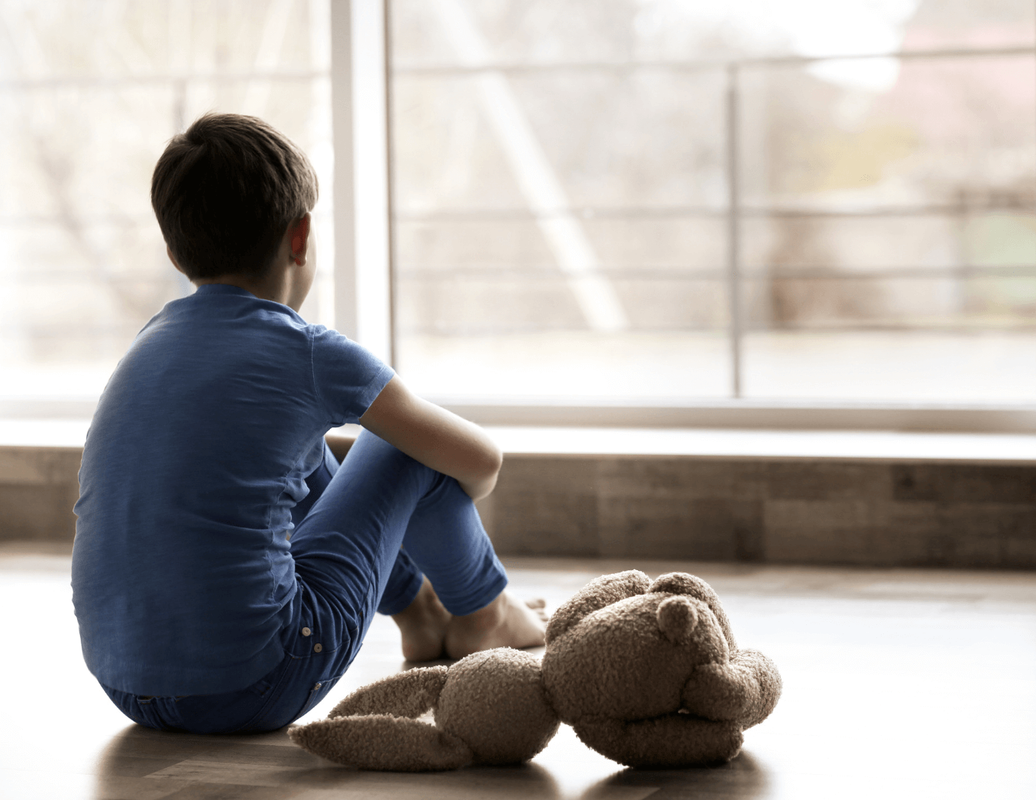 Henry’s story remained in my mind for a long time. It was like an unsolved puzzle that was stuck in my head.

What happened to him? After all, it was not the first time he lost. Why did he quit?

I solved the puzzle last year...

But before I tell you my discovery, let me share with you one more thing.

Unlike Henry, I continued playing chess, I kept fighting, went through downturns, painful games, and tough tournaments...
But eventually, I made it. I became a Grandmaster at 19.

Then at 21, I fulfilled my Dad’s dream of becoming the champion of Armenia. 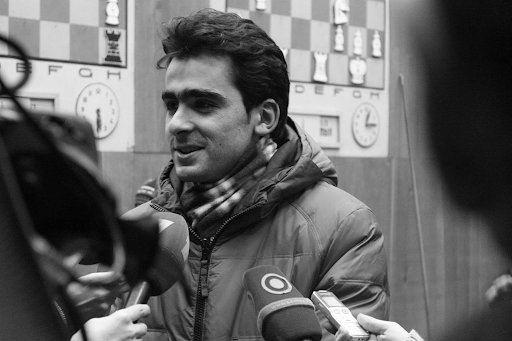 And what happened next?
I also started to think about quitting.
Exactly 10 years later after Henry did...

I wanted to quit chess because I wanted to explore life, to do something else... Also, I was in love with coaching and wanted to switch to a professional coaching career.

At least, this is how I thought back then.

And eventually, I decided to play my last professional chess tournament and officially quit.

I don’t regret that decision, but it’s not about if I regret it or not. It’s about was there anything common between me and Henry?

During my life in the chess world I witnessed many other passionate chess players also quitting chess.

These included players who were capable of getting to the top or already were very close. Or ones who were very passionate about chess, it was their life, their everything, but then they quit.

How? Why? Did we all, including me and Henry, have something in common?
Or did we just quit because of different reasons?

I found the answer very recently...

I was reading Tal Ben-Shahar’s “Happier” book, which I highly recommend. There was a phrase, “Emotional Bankruptcy.”

I froze when I saw it. It was like a missing piece of the puzzle I was trying to solve for many years. 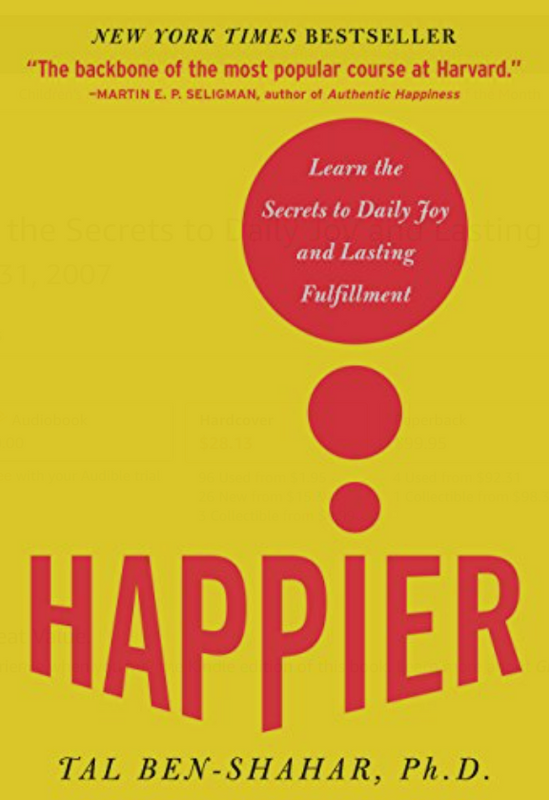 I recalled Henry. Each time he won a game, he didn’t have any positive feelings, no joy, no celebration. But when he lost a game, he had serious stress.

In reflection, I realized that during my professional career I was absolutely doing the same thing: stress when I lost a game, no feelings when I won.

The next day one of my most talented students messaged me saying he wanted to quit.

I asked him to play online blitz games for 2 hours and record the session with the screen and with a camera.

The result was as I guessed. Every time he won, he would say “Okay.”
There was no smile, no emotions. But when he lost, he wanted to break something.

After I talked to him, and we agreed on a few things, he regained his passion for chess and very quickly made all three GM norms.

What did we talk about?

While playing chess, if there are more negative emotions than positive ones, eventually, no matter how much you love chess, your supply of passion for chess will be over.

Regardless of the quantity of this supply, you’ll go bankrupt sooner or later, it will definitely happen.

How do we avoid this? And how do we keep the love for this wonderful game?
No matter how much you practice yoga, Zen or self-control, you’ll have days or periods of stressful moments.

The same occurs when you play chess. The only way to compensate is with joyful moments. 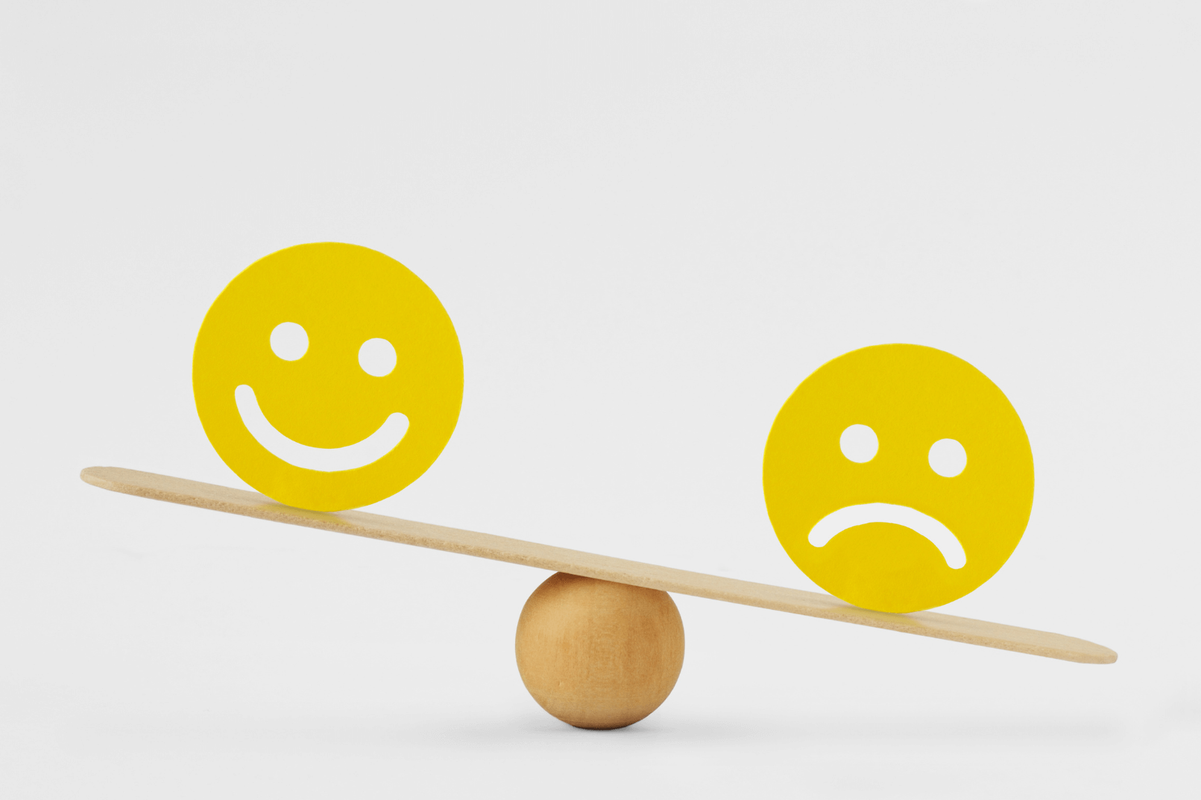 Positive emotions should always be bigger than negative ones.

When you win, you should always enjoy it more than when you lose.

Otherwise, in the long term, if you collect more painful memories than joyful ones, you’ll become emotionally bankrupt with how you feel about chess.
As did Henry – the potential world champion, me, and many others.

You might think that every professional player is emotionally wealthy in their perspective of chess?
Not at all. I personally know many Grandmasters and super professionals that are bankrupt. But they can’t do (or can’t decide to do) anything else, and they keep playing chess.

I also know many chess lovers who are bankrupt but they keep going because of thesunk-cost effect. It’s tough for them to stop when they have trained for so many years.

Do they still improve? Maybe. But they would improve much faster and would enjoy their journey being emotionally wealthy.

Each time you win a tournament, a game, or just an online match with a friend, take time to enjoy the vibes.

You need to save that positive supply in order to compensate for the negative ones.
At least smile. Enjoy the moment. Say good words, praise yourself. 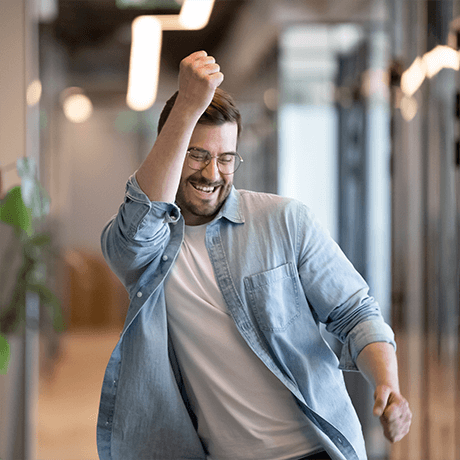 After winning a game, don’t bother your mind with different tasks.
Don’t check who your next opponent is, don’t prepare for the next game.
Take time to enjoy your victory. Let your brain have fun. Replenishing your positive emotional supply is absolutely necessary.

You can also reward yourself. For example, let’s say you constantly play online chess. In advance, you can decide to play 9 games, and if you get 7 points, you do something “forbidden.”

Do you avoid consuming sugar to become fitter?

Each time you get 7 out of 9, perhaps buy ice-cream, sit somewhere alone, enjoy your reward and your positive emotions. Let them penetrate your mind and stay in your consciousness.

As a bear collects fat to survive the winter, we should collect all positive emotions and save them in our consciousness. That’s the key to having a happy journey in chess, in life, and everywhere.

Train yourself to make this a habit. At least smile and acknowledge each time something nice happens to you. You win a game, save a lost position, or win a tournament, take time to enjoy these moments.

Joy is foundational to growth. Do our bodies and minds work for us or against us? There is a big difference in which one we choose.

Our bodies and our brains work their best when we’re in a pleasant state of being. So, joy is the key to fast growth and gaining a competitive advantage.

Don’t forget about this. Enjoy it when you play chess. Have fun. And especially when you win, collect and store your positive emotional supply like a bear. 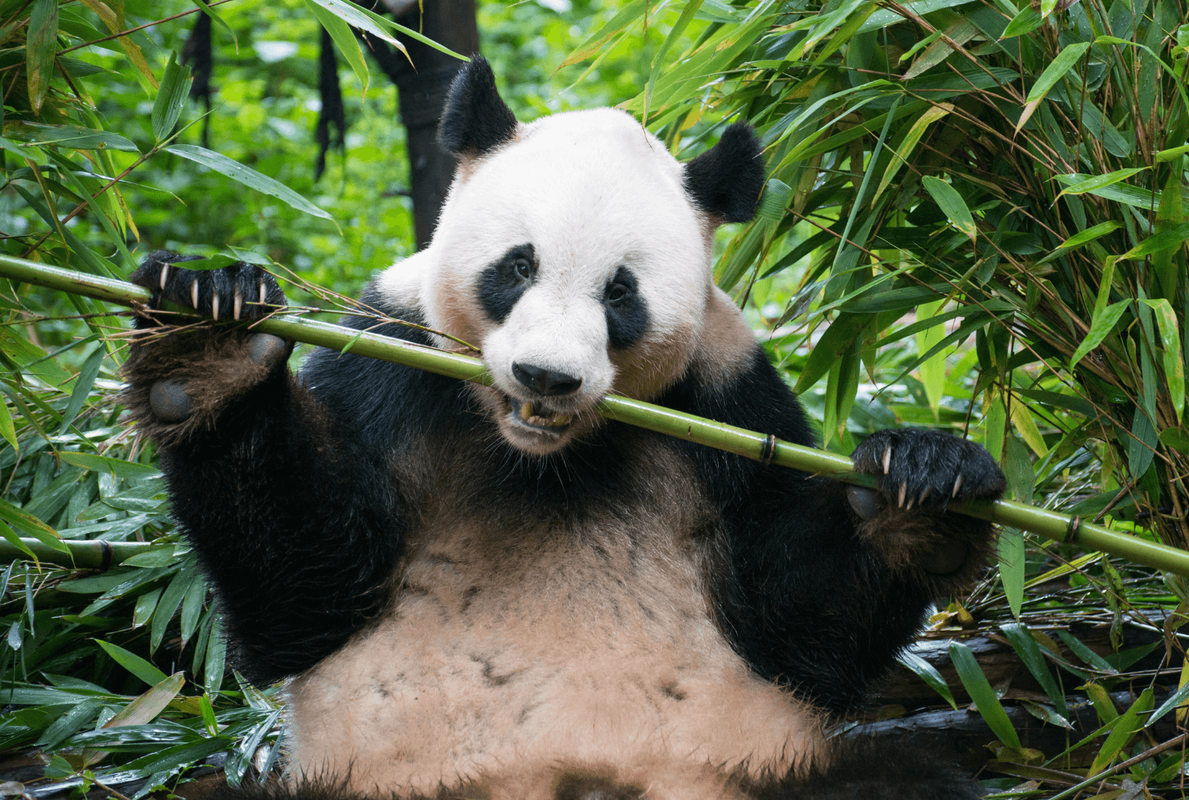 P. S. Wishing you all the best, my chess lover friend, and dear colleague. Yes, I’m once again a big chess lover!

I recovered after the emotional chess bankruptcy I had 10 years ago by collecting all of the positive supply of emotional energy.

Now I love chess like never before.
I just decided instead of coming back as a professional chess player to help others as a coach and teacher.

With best wishes and a smile,
GM Avetik

P.S
The article is originally on
https://chessmood.com/blog/lasting-love-for-chess 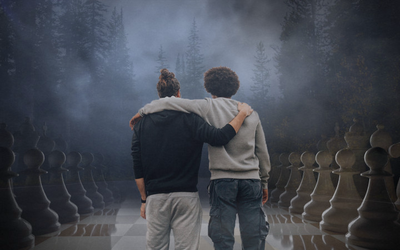 The Importance of Having a Training/Sparring Partner (Part 1) 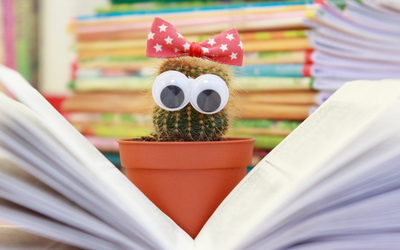 Learn the Right Lessons From Your Mistakes

Here's why it's important to learn the right lessons from your mistakes...Nov 29, 2022 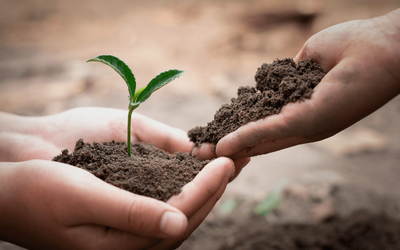 How do some amateurs get free help from Grandmasters? Find out how being awesome could be the key to…Nov 23, 2022 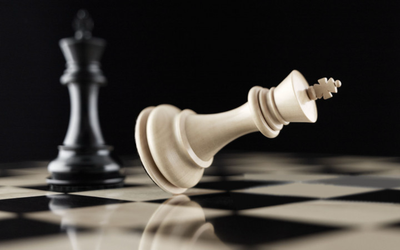 It’s Never Too Late to Resign

Discover this simple tip that'll help you save many points.Nov 16, 2022
Reconnecting